65% of digital media to be programmatic in 2019, according to Zenith’s ad spend report

By Newsroom on November 19, 2018Comments Off on 65% of digital media to be programmatic in 2019, according to Zenith’s ad spend report 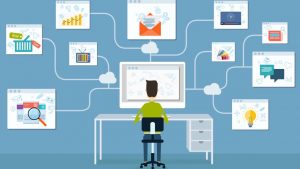 65% of all money spent on advertising in digital media in 2019 will be traded programmatically, according to Zenith’s Programmatic Marketing Forecasts, published on November 19.

The breadth of ad formats available through programmatic trading is improving, with more mobile, video and audio formats coming online all the time, though brands and agencies need to do more to push publishers to improve the quality of their inventory, which needs at minimum to be safe and viewable.

In dollar terms, the biggest programmatic market is the US, where Zenith expect US$40.6bn to be spent programmatically in 2018 – 58% of the total. China is in a distant second place, spending US$7.9bn on programmatic advertising this year, followed by the UK, with US$5.6bn of programmatic adspend.

The introduction of privacy legislation such as the EU’s GDPR has had some chilling effect by making certain data previously used in programmatic transactions unavailable, and making other data more costly to process. But Zenith think the main reason for the slowdown in spending on programmatic media is that advertisers are investing more in infrastructure and data to make their programmatic activity more effective.

“Programmatic trading improves efficiency and effectiveness, and is gaining a dominant share of digital media transactions,” said Benoit Cacheux, Zenith’s Global Head of Digital and Innovation. “The scale of operational restructuring to make the most of it is both extensive and expensive, though, and advertisers are spending more carefully while they invest in infrastructure and data and review the quality of media. All programmatic advertisers need a strategy for acquiring the best and most comprehensive data available, and to treat this data as a vital corporate asset.”

The most valuable data is first-party data, either explicitly provided by consumers or gained by tracking their activity on owned websites. It is also becoming more common to use second-party data, by forming data sharing partnerships, between – for example – brands and online retailers. Third-party data is widely available but does not give advertisers a competitive advantages, since all advertising can use it to target the same segments.

Advertisers should continually vet and interrogate third-party data to ensure they are truly adding incremental reach. By combining all this data with their own CRM systems, advertisers can model consumer behaviour, and the more advanced are using machine learning to predict it. Data and new technology is enabling brands to move from tracking cookies to communicating with individuals.

“Technology is making programmatic advertising work harder for brands,” said Jonathan Barnard, Zenith’s Head of Forecasting and Director of Global Intelligence. “Artificial intelligence promises to unlock new understanding of customers as people, as well as improving the optimisation of the trading process.”

65% of digital media to be programmatic in 2019, according to Zenith’s ad spend report added by Newsroom on November 19, 2018
View all posts by Newsroom →