By Newsroom on August 22, 2017Comments Off on New Research Says More Teens Than Expected Are Leaving Facebook For Instagram And Snapchat 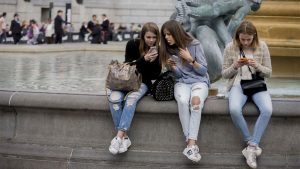 Teens are leaving Facebook faster than expected, according to a new study from eMarketer.

The study estimates that Facebook’s user base among 12- to 17-year-olds in the US will shrink by 3.4 percent in 2017, the first time eMarketer has predicted a decline in Facebook usage for any age group. The company said that it “reduced its usage estimates” for Facebook, but didn’t share what the previous estimates were and did not immediately reply to a request for clarification.

The firm also said its estimates for usage among users 18- to 24-years-old “will grow more slowly than previously forecast, too.” 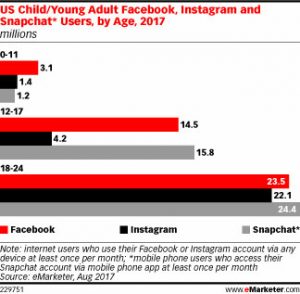 Regardless of what they were, a revised slowdown is obviously bad news for Facebook.

Snapchat, too, is stealing some of Facebook’s teen audience. In fact, eMarketer believes that Snapchat will be bigger than both Facebook and Instagram in the 12- to 17-year-old and 18- to 24-year-old categories by the end of the year. That would be a first.

“Both [Instagram and Snapchat] have found success with this demographic since they are more aligned with how they communicate — that is, using visual content,” eMarketer analyst Oscar Orozco said.

Snapchat will grow by 19.2 percent this year in the 18- to 24-year-old demographic, eMarketer estimates. Instagram is expected to grow its 12- to 17-year-old audience by 8.8 percent. 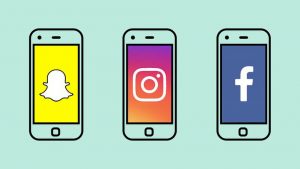 This is not the first time Facebook has been saddled with a “teen problem.” It has been almost four years since Facebook first hinted on a company earnings call that the social giant’s teen audience was decreasing. The news sent its stock down after an otherwise positive earnings report, and people spent years wondering if Facebook had a problem retaining its young users.

That whole exercise proved a bit exaggerated. Since those comments were made, Facebook has added more than 800 million monthly users, and its stock has more than tripled.

But the concern, of course, is that Facebook will lose out on the next generation of internet users, and with them, a lot of valuable eyeballs for advertisers.

New Research Says More Teens Than Expected Are Leaving Facebook For Instagram And Snapchat added by Newsroom on August 22, 2017
View all posts by Newsroom →