YouGov/ Spafax Poll: 68% would welcome help from AI at airports when travelling

By Newsroom on August 22, 2018Comments Off on YouGov/ Spafax Poll: 68% would welcome help from AI at airports when travelling 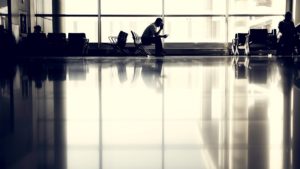 The poll, of 2,110 respondents (Gen UK adult population of 18+), asked about their wishlist for ‘an airport lounge of the future’ revealed:

Similarly, a second GB survey, which asked respondents to envisage an upcoming long haul flight from London to New York  showed that 38% wanted artificial intelligence to help with speeding up the airport process and 35% wanted it to give information on news in their destination whilst on-board the flight.

A YouGov survey regarding choices for the airport lounge showed a sharp difference in both ages and regions – given the option of taking a virtual reality ‘Great Wall of China’ experience in an airport lounge where the passenger would walk on a treadmill and in real-time experience the sights of the Great Wall of China – people from Wales were the most enthusiastic, with 31% saying that they would, while people from the North East of England were the least enthusiastic (16%).

Passengers from the South East were most likely to choose to test-drive the latest luxury sports cars using virtual reality headsets and sitting in real car seats at an airport (25%), while people in the North East were less enthusiastic at 16%.

Eleven per cent of people in the South West would like a VR experience that recreated their own sitting rooms in the airport lounge, the highest in the UK.

The second survey, where respondents were asked to think specifically about a hypothetical upcoming trip from London to New York, went on to confirm these regional differences:

A recent survey proved that retired passengers were possibly the most relaxed passengers, with only 2% of them saying they’d like to take part in a virtual reality boxing match to let off steam before the flight, while 17% of full-time students chose this option.

When comparing the working status of these groups, we can see that a full 44% of full-time students said that they would choose to do the full China Wall experience while only 23% of retired people would.

Nearly a half (48%) of retired people did not want any sort of personalised experience at an airport compared with a quarter (25%) of full time students.

Similarly, a second YouGov survey confirmed these age differences in relation to AI for a hypothetical upcoming flight from London to New York:

Twenty-seven per cent of all respondents would not like artificial intelligence to assist them with anything for their trip with over 55s most resistant to AI in airports at 33% saying they would not like it to assist them, while only 17% of 18-24-year-olds didn’t want help from AI.

Students were most likely to want to use AI to teach them a new language or skill with 38% choosing this option.

Difference Between Men and Women

One survey suggested that women seem to be keener on a real-world sensory experience, involving direct human interaction – for the question “You will be served an array of small luxury handmade chocolates and a pink cider. The staff serving you will explain how each is made” it was a thumbs up from 21% of men while 30% of women chose the option.

Twenty-seven per cent of men would test drive a new luxury car in VR, while only 17% of women would.

A second survey, about a potential future London to New York trip, similarly proved that women were significantly more likely at 33% to want a personalised guide to their destination than men (25%). Men were more likely to want to AI to teach them a new skill or language (21%) than women(16%).

Most Passengers are Open to Help and Guidance from AI, But Not with Medical Issues

People in the East of England (14%) and full-time students (18%) are most likely to welcome on-board medical help driven by artificial intelligence, while those in the North East (4%) are less keen.

Charles Vine, Head of Brand Alliances at Spafax said: “We commissioned this research to find out what the British public actually wants out of their airport and airport lounge experiences. Airport lounges in particular are evolving from faceless waiting rooms with chairs and a coffee machine to being providers of an experience in their own right. The results send a clear message to us that people want the introduction of technology, but only in a way that enhances their trip, entertains or is enjoyable. 27% were against being helped by AI for a hypothetical upcoming trip, whereas a resounding 68% of the British public did want artificial intelligence AI to help them get the most out of their time at the airport – whether that be assistance navigating the airport terminals or speeding up the check in process.”

YouGov/ Spafax Poll: 68% would welcome help from AI at airports when travelling added by Newsroom on August 22, 2018
View all posts by Newsroom →