The Information: 70% of Facebook chatbot interactions “fail to understand users”

By Newsroom on March 3, 2017Comments Off on The Information: 70% of Facebook chatbot interactions “fail to understand users” 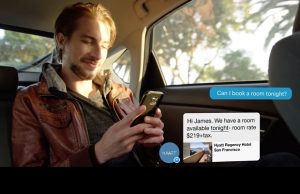 Facebook has seen 70% of its chatbot interactions fail, meaning that the AI couldn’t understand what users were saying and humans had to step in, according to a news report.

The findings have led to reports that Facebook is scaling back its chatbot efforts on Messenger. The Information reports that those requests couldn’t be handled without human agents, and bots built by outside developers “had issues” because the “technology to understand human requests wasn’t developed enough.”

In response, Facebook is reportedly training Messenger bots to handle “a narrower set of cases, so users aren’t disappointed by the limitations of automation.”

The Information suggests that in aggregate the bots could only fulfil 30% of requests without a human stepping in.

Facebook isn’t the only company pushing developers to build out chatbots. Microsoft CEO Satya Nadella has made it his mission to build out the technology — Conversations as a Platform — to support a variety of media, everything from Skype to search.

Forrester Research reports that most bots aren’t ready to handle the complexities of conversation and still depend on human intervention to succeed.

While Forrester Research put chatbots on its 2016 list for hyped technology, Gartner estimates that 85% of all customer interactions will not require human customer service reps by the end of this decade as CRM software and personalized chatbots that recognize faces and voices reduce the need for traditional call centres.

The Information: 70% of Facebook chatbot interactions “fail to understand users” added by Newsroom on March 3, 2017
View all posts by Newsroom →