By Newsroom on September 20, 2017Comments Off on UK public are ‘glued to smartphones’ as device adoption reaches new heights, according to Deloitte 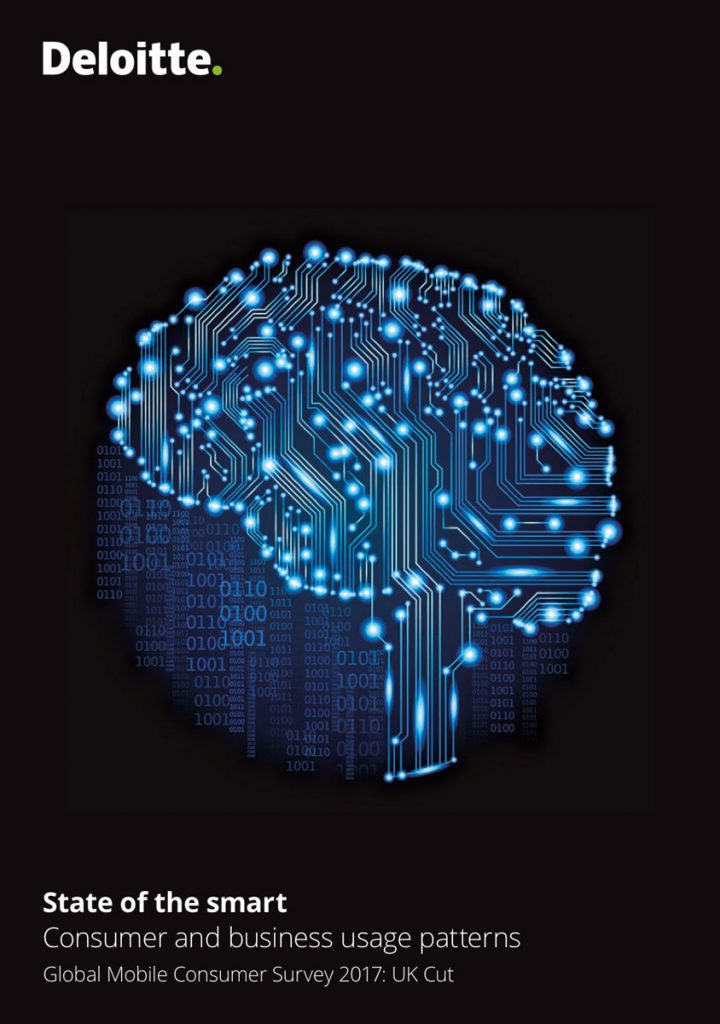 More than half (53%) of 16-75-year-olds in the UK use their smartphones while walking – the equivalent of around 22 million people – according to the latest research from Deloitte. For younger consumers aged 16-24, the proportion rises to 74%. Worryingly, more than 4.5 million people (11% of respondents) also admit to using their smartphones while crossing the road. This proportion almost doubles for 16-24-year-olds (21%).

Paul Lee, head of research for technology, media and telecoms at Deloitte, comments: “Most people can relate to ‘smartphone zombies’, either through being one or bumping into one. But this is just one indication of just how infatuated we are with these devices, for better or worse. While we may be glued to our smartphones, it is important to acknowledge that these devices are also, increasingly, the glue that is binding society together, and will soon become the primary way to communicate, interact and transact with customers and fellow citizens.”

Deloitte’s research shows that the UK’s continued love of smartphones continues to affect almost every aspect of daily life, including night-time. Among 16-19-year-olds, two-thirds (66%) check their phones in the middle of the night, double that of all UK respondents (33%). More than a quarter of ‘screenagers’ (26%) actively respond to messages they receive after falling asleep at night. 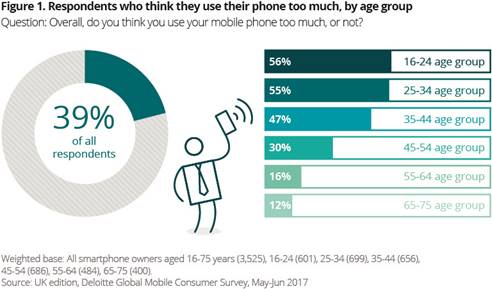 Deloitte’s research also reveals that half of all UK meals taken at home with friends or family, approximately 20 million per week, are disrupted by individuals using their smartphones.

Dan Adams, UK lead partner for telecoms at Deloitte, comments: “If the first 10 years has been about changing our social lives, the next 10 years will be about changing our working lives. The smartphone’s attractiveness lies in the fact that it is the definitive multi-purpose consumer device: a digital Swiss Army knife with a set of tools that is millions of apps deep. Importantly, what goes on behind the smartphone’s screen is only getting smarter through machine learning, facial recognition and other technological advancements, so it is a device that will continue to offer an ever-widening array of benefits and challenges for years to come.”

Call to attention: awareness of usage

In addition, 60% of parents believe their children use their phone too much, and 41% of respondents in a relationship think their partner is spending too much time on their phone.

Lee adds: “With every year the smartphone is becoming easier and more enticing to use. The question is: are we at the point at which smartphones have become almost too good for people to cope with, and if so, what remedies might be required? Interestingly, the steps that people are taking to control smartphone usage have a common theme: removing temptation.” 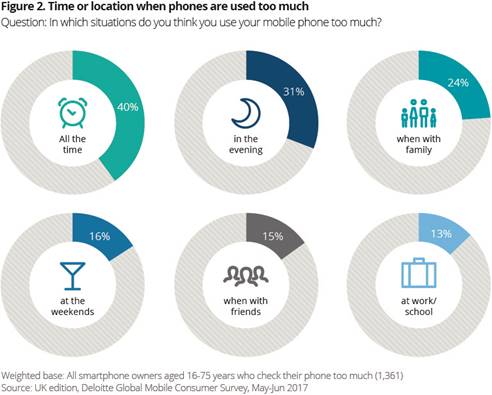 Short videos, live posts and stories are watched by 17% of respondents daily, and skews much higher among younger age groups: 54% of 16-19-year-olds watch short form on smartphones at least once a day, and a further 25% do so at least weekly. Longer video content, such as films and TV shows, is viewed weekly by 15% of all respondents, with a fifth of 16-19-year-olds doing so on a daily basis.

Adams concludes: “The smartphone is becoming more important for video. Mobile and fixed operators will need to ensure that their networks are configured to be able to cope with the expected demands that higher video consumption will place. As network bandwidth improves, video could increasingly be streamed into cars, buses and trains for passengers’ consumption, mirroring what has happened with audio streaming.”

UK public are ‘glued to smartphones’ as device adoption reaches new heights, according to Deloitte added by Newsroom on September 20, 2017
View all posts by Newsroom →