UK marketers will spend more than £3bn on social network ads in 2018, according to eMarketer

By Newsroom on April 3, 2018Comments Off on UK marketers will spend more than £3bn on social network ads in 2018, according to eMarketer 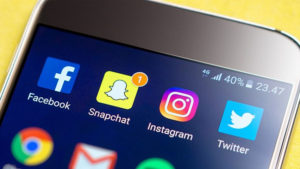 One-fourth of all UK digital ad spending is set to go to social networks this year as marketers increase their spending on platforms like Facebook, Twitter and Snapchat to over £3bn.

According to eMarketer, UK marketers will spend £3.3bn on social network advertising this year, up 24 per cent from 2017. This forecast has been increased by five percentage points by the analysts due to diversification in the marketplace.

As it stands, TV is the only traditional media format that is ahead of social media in ad spending in the UK. However, social media ad spend is expected to surpass TV by 2020 when it accounts for 20 per cent of all media ad spend compared to broadcast TV’s 17.8 per cent.

“While Facebook has been losing teen users, Snapchat has been adding them,” said Bill Fisher, UK senior analyst at eMarketer. “The result is a growing social media market, and one that advertisers are keen to utilise. Media-rich targeting options, with video a particularly big play, make platforms like Snapchat and Instagram especially attractive.”

UK marketers will spend more than £3bn on social network ads in 2018, according to eMarketer added by Newsroom on April 3, 2018
View all posts by Newsroom →