By Newsroom on March 27, 2018Comments Off on Twitter confirms ban on cryptocurrency ads 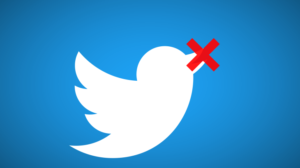 has followed the leads of Facebook and Google by banning cryptocurrency advertising on its platform.

“We are committed to ensuring the safety of the Twitter community. As such, we have added a new policy for Twitter Ads relating to cryptocurrency,” the company says. “Under this new policy, the advertisement of Initial Coin Offerings (ICOs) and token sales will be prohibited globally.”

Twitter’s new policies are designed to discourage opportunities for fraud and deception, as users navigate “Crypto Twitter.” Among the cryptocurrency community, Crypto Twitter is infamous as a shady part of Twitter that can sometimes be an echo chamber for bitcoin evangelists to hype up the currency or for others to lure people into their freshly launched ICOs. It’s also an important source of news and whisperings.

Twitter is updating its policy page, and will reach everyone over the next 30 days. “The policy will be fully enforceable among all advertisers within a month,” the company said. All ICOs and token sales will be banned, but cryptocurrency exchanges and wallets will be restricted to only public companies listed on major stock markets.

Though services like Twitter and Google are taking a big stance against paid promotions of cryptocurrencies, research suggests that social media platforms’ ad bans may not be hurting digital token sites much. A report from SimilarWeb, a web traffic tracker, showed that less than 1 percent of traffic on exchange sites actually comes from paid ads. Most cryptocurrency exchange sites instead derive their traffic from coinmarketcap.com, which tracks market capitalization numbers, not from paid ads.

Twitter confirms ban on cryptocurrency ads added by Newsroom on March 27, 2018
View all posts by Newsroom →