By Newsroom on October 12, 2016Comments Off on Telcos plan to muscle in on adland 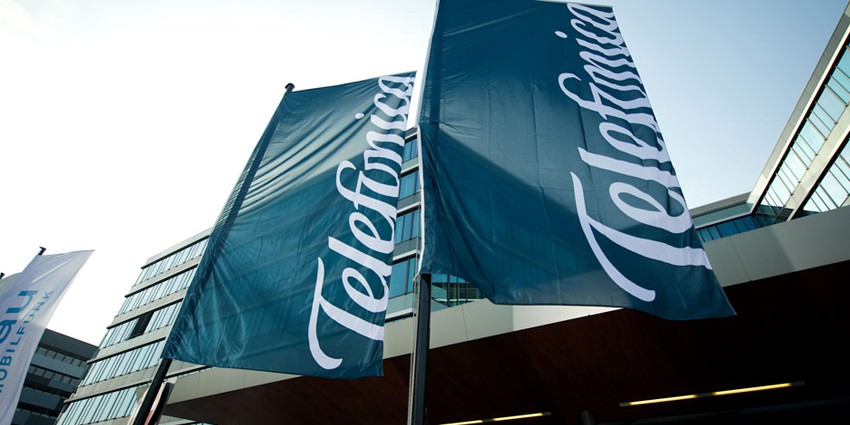 If the future of advertising is mobile-led, then O2-owner Telefonica’s measured attempt to control the delivery of ads across its network spotlights the power it could wield in a market dominated by Facebook and Google.

There aren’t many mobile operators that don’t harbor a similar ambition, though like the Spain-based provider – the bulk of whom’s subscribers reside in Latin America – these plans are shrouded in secrecy, as evidenced by Shine Technologies’ growing number of partnerships, and commercialization plans of its own.

What is clear is that data usage on cellular networks has opened the floodgates for the likes of Netflix, Spotify, Facebook and Google to swell their share of advertising revenue, forcing Telefonica and its peers to get better at how they manage, package and sell their data.

Telefonica’s skin in the advertising game

Few other companies can match the depth of a mobile network’s data and with more than 300 million customers worldwide, Telefonica has 300 million first-party relationships it could monetize. Arguably the intricacy of its audience relationship gives it a more sustained view than information extracted from search or social media activity alone.

Look no further than the adtech stack the mobile operator is building around its ad exchange Axonix, which is scaling those insights pulled from Weve, the mobile advertising venture owned by its O2 business in the UK, as proof of the riches at stake.

Prior to Axonix, monetizing that data would have been cumbersome; an issue other operators are attempting to overcome by establishing their data management platforms (DMP).

A data-led path away from walled gardens?

Taking this approach from the outset keeps the business agnostic from ad formats and poised to capitalize on what many observers predict will be a breakaway from the banners that have dominated mobile display advertising to date.

“We have become a media owner with Weve in the UK and a programmatic platform with Axonix,” explained Rosen. “It means we also play a role in the advertising industry ourselves – and, yes, it is giving rise to a new business model of delivering brand messages in a way that does not disrupt or upset end users…in our experience, brands and agencies want alternative options to the big two walled gardens which currently dominate.

When asked by The Drum about whether Telefonica plans to erect its own DMP to help break the duopoly of Facebook and Google, Rosen offered a broader view of its data-driven approach rather than let slip anything too revealing.

“Telefonica is committed to discovering and providing the very best in digital experiences for individuals and business customers,” he answered, highlighting the importance of being selective in its adtech partners, as well as how it develops its staff skillset in areas such as data analysis. This commitment is one that saw the appointment of Telefonica’s first chief data officer two years ago, pointed out Rosen.

Telefonica’s skin in the advertising game is dependent on how well it is able to deliver value into the market through verified data. As a mobile operator, it believes that its own authenticated data insights can have the most positive impact on the advertising landscape, according to Rosen, who explained its role as “additive”.

Part of that so-called “positivity” will no doubt come from the trust it has accrued among its customers. Telefonica’s data is verified through billing addresses.

Telcos as power-brokers in the advertising game

It does not sell customer data – which is built on intricate building blocks such as billing address, age profile and payment frequency, etc – which it then anonymizes, aggregates into data sets that give marketers insights into profile information – that they can use to buy impressions with deeper behavioral cues.

It’s a tactic already bearing fruit for the business, which unlike other commercial data strategies sees future efforts based on a two-way relationship between customers and businesses. People should be agents of their own information, the company believes, and therefore should be able to choose which brands they effectively “rent” their data to, rather than advertisers knowing more about them than they care to (knowingly) share.

“We have the hyper-local context and are reaching people in real-time with not only video, display but also SMS,” said Rosen. “The ability to tie-in real world, and digital behavior via location and overlay this with innovative data sets including advertisers’ own data will, in my view, underpin the mobile opportunity.”

The expertise to do great mobile experiences is still quite rare and so many advertisers try to get away with optimizing desktop sites and assets for mobile even though they are fully aware that they are compromising on quality and experience.

Rosen calls this mindset “desktop thinking” and is talking to advertisers about how they can break from it to generate better results – in other words, create “ads that use the accelerometer; let you clear the screen with your fingers and even add an event to your calendar,” he teased.

Telcos and the ad blocking question

Clearly the rise of ad blocking is fueling appetite for more dynamic experiences on mobile – eMarketer’s data indicates that nearly 30 per cent of US internet users are already using the technology on their smartphones, and the use of mobile ad blockers will increase by 62.3 per cent this year alone. However, Telefonica doesn’t think the solution is “all native” or down to formats only. It’s an interesting stance given O2’s rival in the UK, Three, has been pushing forward with plans to impose a network-level ad blocker.

Rosen further explained: “As the operator, we provide the connectivity. In that context, we have to be held accountable by our customers for the experience they see. So, if adverts are getting in the way of their usability and experience we have some responsibility for that.

“Is ad blocking the answer? In my view, no. What I do believe is that we must partner with our customers to ensure the experience on their device is the one they sought rather than one that’s being influenced by others. The key is balance between quality and quantity. If we can help advertisers to be targeted and relevant against expressed preferences, rather than inferred preferences, to a large opted-in base, then we can be the broker between a richer experience for the consumer and advertiser.”

Increasingly, with telecoms network operators from across the world – such as Telenor, Verizon Wireless, and Three – stories like Telefonica’s are becoming more commonplace as the “dumb pipe” prospect of them carrying all the network traffic generated by the likes of Facebook and Google but missing out on the revenue becomes all too real. It’s important to remember that mobile operators also have scale.

Facebook today has around 1.7 billion users, but, according to Statista Research, while there are 4.61 billion mobile phone users in the world, that number is set to grow to 4.93 billion by 2018.

With two of the Internet economies operator-owned outfits now under the ownership of the US’ largest telecoms provider Verizon Wireless, there is scope for growth and competition here, particularly as mobile operators eye cross-border ties with their peers.

As AOL CEO Tim Armstrong told The Drum at Dmexco earlier this year: “AOL got in a lot of trouble when it went into a walled garden back in the early 2000s … we [under Verizon ownership] want to take a very open strategy,” he said, voicing his ambition to take the Verizon stable’s audience to 2 billion by 2020.

Telcos plan to muscle in on adland added by Newsroom on October 12, 2016
View all posts by Newsroom →