By Newsroom on February 26, 2018Comments Off on Google partners with OEMs to bring AR service to China 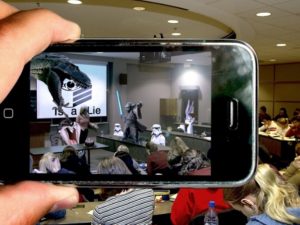 make further inroads in China, Google has partnered with three Chinese Original Equipment Manufacturers (OEMs) to bring its Augmented Reality (AR) service to the country. The company’s AR SDK for Android “ARCore” was launched in full in China following its announcement in November. According to Google, there are 100 million devices that support ARCore right now in the market.

Most Google services in China do not work due to censorship, but Xiaomi, Huawei and Samsung have all signed on to release devices that will include ARCore support over the coming months. These devices would be “higher-end” smartphones. The software side is trickier since the Google Play Store is not available in the country and the third-party app store is fragmented. As a result, Xiaomi, Huawei and Samsung would release ARCore apps through their own app stores.

As ARCore itself works on a device, without the Cloud, once apps are downloaded to a phone, there is nothing that China’s internet censors can do to disrupt them. Last year, the company launched the Google Translate app, which was also offered via a number of third-party Android stores and a direct download. Recently, Google partnered with Tencent, invested in China-based startups and announced an AI lab in Beijing.

Google also gained a large tech presence in Taiwan via its acquisition of a chunk of HTC,and it opened a presence in Shenzhen too.

Google partners with OEMs to bring AR service to China added by Newsroom on February 26, 2018
View all posts by Newsroom →