By Newsroom on April 12, 2018Comments Off on Global messaging trends: Brits chose chat apps over texts as SMS declines, according to ReportLinker 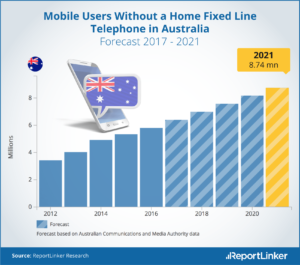 we on the verge of doing away with the fixed telephone line altogether?

ReportLinker has compiled globe-spanning data to look into the matter showing the rise of chat apps, looking at a number of counties.

• The number of people who own a smartphone but no fixed telephone line has been increasing steadily and is forecasted to rise to 8.5 million by 2021.

• By that time, the number of smartphone owners is anticipated to be over 20 million, up from over 15 million in 2017 and the volume of mobile data used is forecasted to double by 2021. 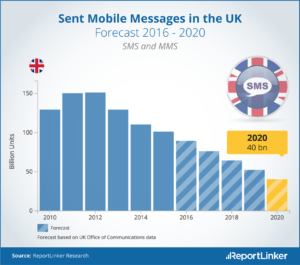 number of mobile messages sent per year has been constantly rising but the average monthly revenue per mobile connection has been going down and is forecasted to keep doing so as mobile service providers lower their rates to remain competitive.

In the UK, the Brits chose chat apps over texts:

• A unique trend is found in subscribers texting less as the years go by as they make greater use of chat apps like WhatsApp. 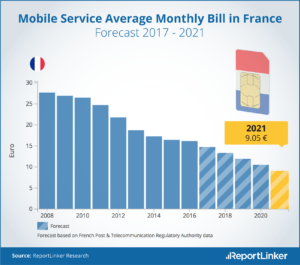 people use their smartphones more than ever but enjoy a lighter bill every year:

• Total text message volume has tripled since 2010 while mobile retail revenue has been divided by two.

• Service providers compete for greater volume of subscribers by cutting their prices as the average French monthly bill went from 28€ in 2008, to 14€ in 2017 and is forecasted to go down to 9€ by 2021.

Global messaging trends: Brits chose chat apps over texts as SMS declines, according to ReportLinker added by Newsroom on April 12, 2018
View all posts by Newsroom →