By Newsroom on February 27, 2018Comments Off on App retention slightly higher on iOS than Android, study finds 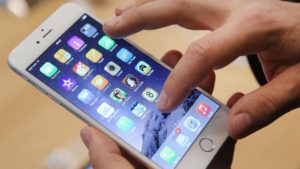 analysis of 11,000 apps has found that app retention on iOS is consistently higher than on Android, but only by 1-3%.

Conducted by mobile measurement company Adjust, the study – which defines app retention as “the percentage of users still using an app for a certain number of days after install” – found that Android apps typically retain 16% of their users after seven days, while iOS holds onto 18%. Data for the report was taken between Jan. 1 and Dec. 31 of last year.

Globally, the study found that Japan has the highest retention rates for apps overall, while China has the lowest. According to Adjust, only 7% of users in China keep visiting an app seven days after downloading it.

Adjust says the popularity of Chinese messaging app WeChat is likely why other apps experience such low retention rates there.

“This behavior could mainly be due to a mixture of quality apps in China, but would most likely have to do with the dominance of WeChat, and the reduced likelihood of Chinese users leaving the platform for other apps,” the report states.

Additionally, Adjust’s “Fraud Prevention Suite” found twice as much fraud on Android devices versus iOS ones in 2017. However, Adjust says this could be due to the “sheer amount of Android devices sold” considering the operating system enjoys 86% market share globally.

The rampant fraud could also be the result of “click injection,” a form of click-spamming that the study says only affects Android devices. Adjust defines click spam as a type of fraud that happens when a fraudster executes clicks for users who haven’t made them.

App retention slightly higher on iOS than Android, study finds added by Newsroom on February 27, 2018
View all posts by Newsroom →