By Newsroom on February 13, 2018Comments Off on Snap targets Instagram advertisers with free ads on Snapchat 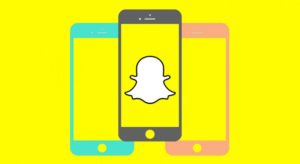 To lure them over, Snap is reaching out to those advertisers that are buying vertical video ads on Instagram and other competitors, and offering them free advertising credits to give Snapchat a try.

A Snapchat spokesperson confirmed that the company has indeed started reaching out to advertisers who are spending money on competing services.

Snap is directing advertisers to an online application, which requires them to upload a proof of purchase that they bought ads on a Snapchat competitor “sometime within the past three months.” Snap is then offering those advertisers credits in the range of “several hundred dollars,” according to a source.

Snap hasn’t been shy about its need to increase its pool of advertisers. The company sells almost all of its vertical video ads through a process called programmatic ad buying — in other words, automated software programs that auction off ad spots to the highest bidder. The problem for Snap thus far has been that many of its auctions don’t have much competition, meaning that there aren’t enough advertisers bidding for the ads, and those that are using the service are getting the ads on the cheap, since few other advertisers (or no other advertisers) are bidding against them.

It’s also impossible to ignore the thinly veiled swipe at Instagram, which is without a doubt Snapchat’s biggest competitor. (Remember when Instagram stole Snapchat’s Stories idea?) The program is technically open to advertisers who bought vertical video ads anywhere else online, but Instagram is the most likely place Snap will find new targets.

Snap is fresh off its best quarter as a publicly traded company. The company claimed more than $285 million in revenue when it reported Q4 earnings this week, up 72 percent on the same quarter last year.

Snap stock is up more than 50 percent on the week.

Snap targets Instagram advertisers with free ads on Snapchat added by Newsroom on February 13, 2018
View all posts by Newsroom →