By Newsroom on March 8, 2018Comments Off on Shoppers in Southeast Asia are browsing mostly through mobile devices, according to iPrice Group 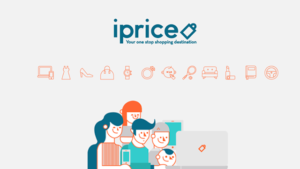 a meta-search engine in Southeast Asia, has released its 2017 State of eCommerce report, to shed light on some of the area’s most important eCommerce metrics. The research leverages iPrice’s proprietary data from over 1,000 eCommerce players operating in the 6 of the largest Southeast Asian markets (Indonesia, Malaysia, Singapore, Thailand, Philippines and Vietnam).

Their study revealed several interesting & unique insights related to the potential of eCommerce in the region:

SEA eCommerce is a mobile-first economy, leapfrogging all the Western economies when it comes to the importance of mobile commerce in the traffic generated by each eCommerce operator.

The rise of mobile in SEA’s eCommerce appears unstoppable. In the past 12 months, mobile has grown on average 19%, now accounting for 72% of the overall eCommerce web traffic. The increase was steepest in Vietnam (+26%), and slowest in Philippines (+15%).

Leading the pack is Indonesia, which now has a staggering 87% share of mobile traffic. In none of SEA’s countries does desktop traffic account for more than 30% of web traffic.

2. While mobile traffic is on the rise, shoppers were more likely to conduct a purchase on desktop

Despite the meteoric rise of mobile traffic in the region and the development of adhoc tools supporting mobile commerce, traffic on mobile still suffers a substantial gap to desktop when it comes to average conversion rate.

3. Though most shoppers browse for products during the weekends, they are more likely to make purchases on weekdays instead

Considering Monday as a base value, eCommerce merchants suffer a dip of up to 30% of their conversion rate over the weekend, consistently across the region.

The main factor contributing to the dip in conversion rate on the weekend is, not surprisingly, the large increase in the percentage of mobile usage.

Mobile traffic over the weekends increase on average of 10%, with Indonesia once again proving the be the King of mobile, with a reliance of close to 90% on Saturdays and Sundays.

4. Most shoppers in SEA prefer to shop during working hours, except in Singapore

Considering the average number of order of the local country as reference (100%), the number of orders is highest between 9am and 5pm, when people are traditionally at work or school, with the exception of Singaporeans, who seem to enjoy evening shopping more than other countries, peaking at 10pm.

Consistently across countries, there is a dip between 5pm and 7pm, were people typically commute and have dinner, before getting back to online shopping until 11pm.

Vietnam leads in the total number of conversions when compared to countries with better communication infrastructure such as Singapore, Malaysia and Indonesia.

The data shows the low level of correlation between conversion rate and the level of maturity of each eCommerce market.

Shoppers in Southeast Asia are browsing mostly through mobile devices, according to iPrice Group added by Newsroom on March 8, 2018
View all posts by Newsroom →