Programmatic Advertising to Grow 31 Per Cent in 2017

By Newsroom on November 29, 2016Comments Off on Programmatic Advertising to Grow 31 Per Cent in 2017 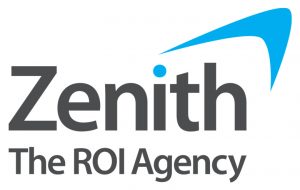 Programmatic advertising is set to become the principal method of trading digital display, as it grows faster than all other digital channels, according to forecasts from media agency Zenith.

Across the 41 markets covered by the report, programmatic is forecast to grow 31 per cent year-on-year in 2017, while social media will increases by 25 per cent, and online video by 20 per cent.

Programmatic will also account for 51 per cent of ad spend this year – rising to 58 per cent in 2017.

“Programmatic buying of digital media has become the norm in major markets, and is aggressively following the path in smaller markets,” said Benoit Cacheux, global head of digital & innovation at Zenith.

Programmatic marketing was initially often used to reach target audiences as cheaply as possible, with little regard for the quality of the sites on which the ads appeared, but has since risen to dominate the digital display market.

Cacheux added: “We believe that the growth of programmatic will continue to be fuelled by improvements in the quality of media available in programmatic environments – especially private market places – and the greater availability of programmatic mobile media, as well as the sophistication provided by ad tech solutions such as data management platforms and connected ad tech stacks.”

The US is the biggest programmatic ad market by a distance, worth $24bn in 2016 and accounting for 62 per cent of total global programmatic adspend. The UK comes second ($3.3bn) and China third ($2.6bn). However, programmatic trading only accounts for 23 per cent of display in the latter – compared to 70 per cent in the US and the UK – so there’s plenty of room for growth.

Programmatic Advertising to Grow 31 Per Cent in 2017 added by Newsroom on November 29, 2016
View all posts by Newsroom →