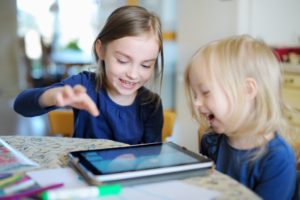 Consumer and public safety groups have sent a letter to the Federal Trade Commission, calling on the agency to investigate the pre-school app market, after a new study revealed that 95% of such apps include at least one form of advertising.

First published in the Journal of Developmental & Behavioral Pediatrics, the study by researchers at University of Michigan C.S. Mott Children’s Hospital found what are described as “high rates of mobile advertising through manipulative and disruptive methods”.

Of the 135 free and paid apps reviewed in the study, 129 (95%) were found to contain at least one type of advertising, with some of the ads embedded in games or activities.

The University of Michigan academics also unearthed distracting ads, such as banners across the screen (17%), or hidden ads with misleading symbols such as “$” or camouflaged as gameplay items (7%).

With young children now spending about one hour a day using mobile devices, Jenny Radesky, lead author of the report, warned of a “Wild West” in the children’s app market. 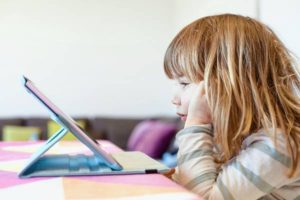 “Our findings show that the early childhood app market is a Wild West, with a lot of apps appearing more focused on making money than the child’s play experience,” she said, in comments reported by Quartz.

To give just one example, Disney’s “Olaf Adventures” is one of the offending apps highlighted in the report because it contains a glowing cake that invites children to tap it – but if they do, a pop-up appears asking them to “protect Anna’s cake” by paying $3.99.

“This ground-breaking study demonstrates that popular apps for pre-schoolers are rife with marketing that takes unfair advantage of children’s developmental vulnerabilities,” said Josh Golin, executive director of the Campaign for a Commercial-Free Childhood (CCFC).

The CCFC is one of 22 consumer and public health advocacy groups that wrote to the Federal Trade Commission last week, urging it to take “swift and decisive action”.