By Newsroom on February 16, 2018Comments Off on OpenX says Google’s Exchange Bidding has led to 48% revenue lift for publishers 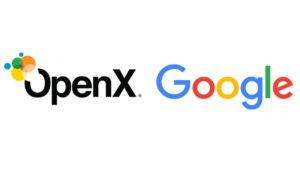 A case study published by OpenX shows that publishers on its platforms using Exchange Bidding – Google’s answer to header bidding – have seen an average yield increase of 48% in the 12 months since the two started working together.

In June, OpenX announced its status as a Google Exchange Bidding beta partner, but the adtech firm says it’s been partnering with Google since 2016 to “build a more transparent programmatic ecosystem.”

According to OpenX, more than 200 premium publishers are now receiving ads from the firm via Google’s Exchange Bidding, all of which it says have experienced higher revenue. OpenX says that the top 20 publishers experienced an average revenue lift of more than 130%.

“We built Exchange Bidding on a foundation of trust and transparency, allowing us to collaborate openly to create an efficient solution that increases publisher revenue and advertiser opportunity,” said Sam Cox, group product manager at Google’s DoubleClick, in a statement.

“We understand that every exchange provides different value to publishers and advertisers and that’s why we’ve partnered with leading exchanges like OpenX, who are technically savvy, have a high bar for integrity, and are able to add value to the ecosystem, to help publishers get the most out of every impression.”

“We are thrilled with the progress we made in our partnership with Google in the past year towards bringing high-impact, high quality programmatic demand to publishers globally. Our partnership allows every demand source to compete fairly within the final DFP auction, representing the first truly unified auction capability the market has ever seen,” added Jason Fairchild, co-founder of OpenX.

OpenX says Google’s Exchange Bidding has led to 48% revenue lift for publishers added by Newsroom on February 16, 2018
View all posts by Newsroom →