By Newsroom on November 3, 2016Comments Off on Mobile to be the third largest ad channel globally by the end of 2016 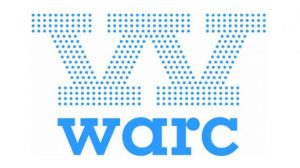 Mobile advertising’s power play continues, as Warc, the marketing intelligence service, predicts that by the end of the year it will be the world’s third-largest advertising channel by revenue.

Warc’s latest Consensus Ad Forecast indicates that global advertising spend will rise by 4.5 per cent during 2016 as a whole, before the growth rate slows to 4.2 per cent in 2017. With the exception of newspapers and magazines, all major media channels are expected to record adspend growth this year and next. However, the two largest, TV (+1.1 per cent) and internet (+13 per cent) are forecast to see their growth rate ease during 2017. The same is true for mobile, though it is still set to be the fastest-growing ad channel over the period.

All 13 markets covered in the report are forecast to see the amount invested in advertising rise both this year and next, though for eight of these the growth rate will be softer in 2017. India is expected to see the strongest annual rise in ad spend this year, up 13.3 per cent, with a similar rate of growth anticipated next year. The world’s largest ad market, the US, is expected to post ad spend growth of 5.1 per cent this year – buoyed by the presidential election campaigns and the Rio Olympics. US ad spend growth is then forecast to cool next year – rising by 2.8 per cent – as the impact of these events is lost.

Despite the uncertainty surrounding the Brexit process by which the UK will leave the European Union in 2017, the nation’s ad market is forecast to record ad spend growth of 5.6 per cent this year and 4.3 per cent next; both above the global respective rates.

All media, barring newspapers and magazines, are predicted to record year-on-year growth in 2017, with mobile expected to see the greatest ad spend rise, up 34.2 per cent. Total internet (including mobile) growth is expected to be 13 per cent next year, while TV, the world’s largest ad channel by spend, is forecast to post growth of 1.1 per cent.

“The latest consensus results present a positive outlook for advertising investment at both a global and local level,” said James McDonald, senior research analyst at Warc. All 13 markets studied are expected to record ad spend growth in the short term, and this despite their contrasting socio-economic environments.

“We have identified a common trend among more mature markets whereby increasing investment in internet – particularly mobile – ad formats is driving headline growth. Applying consensus trends to Warc’s adspend data shows that mobile will grow to be the world’s third-largest ad channel by the end of 2016.”

Mobile to be the third largest ad channel globally by the end of 2016 added by Newsroom on November 3, 2016
View all posts by Newsroom →