By Newsroom on November 29, 2017Comments Off on Mobile is world’s second-largest advertising medium, representing 23% of global adspend 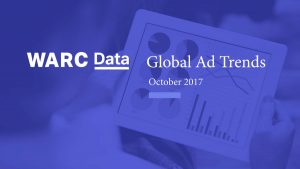 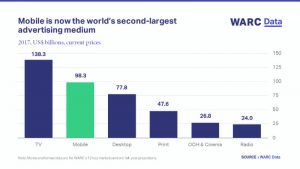 Mobile is now the second-largest ad medium by spend, having overtaken desktop internet for the first time this year. With an anticipated year-on-year growth rate of 35.2%, mobile adspend across all formats is expected to amount to $98.3bn in 2017, representing 23% of global spend.

WARC estimates that 51% of total mobile advertising expenditure for this year will be allocated to search. Display formats are expected to account for 45% and classified and other spend 4%.

The largest mobile markets are the US, China and the UK. TV is expected to remain the world’s largest ad medium by spend this year and next, at around $139bn.

Almost all of Facebook’s ad revenue now comes from mobile 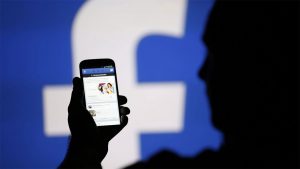 Social networking accounts for over a third of daily online time via all devices (2hrs 15mins), and one in seven people (1.1bn) access Facebook via a mobile device each day. 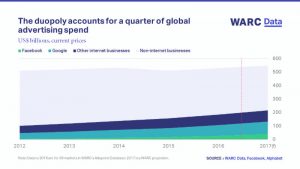 A comparison of company revenues with data in WARC’s Adspend Database, which contains adspend data for 96 markets, shows that the duopoly of Facebook and Google will account for 61% of all online advertising expenditure this year, up from 58% in 2016 and 47% in 2012.

James McDonald, Data Editor, WARC, says: “Daily mobile time has more than doubled over the last five years – from 1hr 17mins in 2012 to 3hrs 2mins in 2017 – and our research demonstrates how marketers are looking to capitalise on this by investing more in social, video and native mobile formats over the coming years. Much of this influx has been to the benefit of the duopoly – Facebook and Google – where one in four dollars of global advertising is now spent.”

Global Media Analysis: A round-up of the importance of mobile 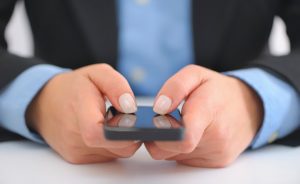 Mobile is world’s second-largest advertising medium, representing 23% of global adspend added by Newsroom on November 29, 2017
View all posts by Newsroom →