By Newsroom on November 28, 2018Comments Off on Mobile broadband is faster than Wi-Fi in 33 countries, according to Open Signal 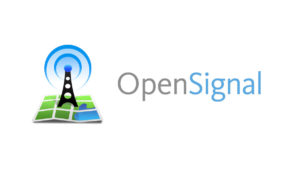 Generally, it’s accepted that internet access originating from a Wi-Fi hot spot will be faster than a mobile broadband connection. Many of the most popular smartphones, like iPhones, automatically join the nearest known Wi-Fi network because of this belief. But according to a new study, this assumption isn’t true in many places around the world.

Open Signal, a company that specialises in mapping wireless coverage, conducted a study of 80 countries that showed that mobile internet is faster than the average Wi-Fi hot spot in 33 countries.

The list doesn’t just include developing markets, either. In countries like Australia, Lebanon, Greece, and Myanmar, mobile broadband is generally 10 to 13 Mbps faster than the average Wi-Fi hot spot. The report points to a variety of reasons for the faster mobile speeds, like the ease of cell deployment over laying cable. In places where mobile broadband is faster and more readily available, like the US, Singapore, and Hong Kong, Wi-Fi still leads mobile networks.

Years ago, the assumption that Wi-Fi was faster and an overall better experience for the user was justified. Most data plans charged more if users were to go over their monthly limits, and the 2G and 3G networks were significantly slower than the LTE networks we experience today.

As discussions about 5G rollouts have begun to pick up, it may be time for device makers to rethink this assumption. The new 5G networks will be even faster than LTE and may cause mobile broadband speeds to crest Wi-Fi in countries like the US as well.

“Wi-Fi no longer has a guaranteed advantage over mobile in the speed experience it offers smartphone users,” the report says. “Operators, device makers and consumers need to alter the relationship they have with Wi-Fi and mobile to reflect the improvements in the mobile experience now and in the immediate 5G future.”

Mobile broadband is faster than Wi-Fi in 33 countries, according to Open Signal added by Newsroom on November 28, 2018
View all posts by Newsroom →