By Newsroom on May 19, 2018Comments Off on Lyft picks up more younger customers than Uber, according to SimilarWeb

Not only is Lyft gaining on its bigger rival Uber, that growth is driven by young people, according to new data.

Nearly 78 percent of people who downloaded Lyft in the last six months are under 34 years old, according to SimilarWeb data that looks at app installs from Google Play. In comparison, 66 percent of Uber’s app installations were from people 18-34. Correspondingly, 22 percent of Lyft users are 35 or older compared to about 34 percent of Uber users.

Of course, Uber has more users overall so the absolute number of users in the younger age group is likely higher for Uber. But in general, having a younger user base is an important indication of future growth. 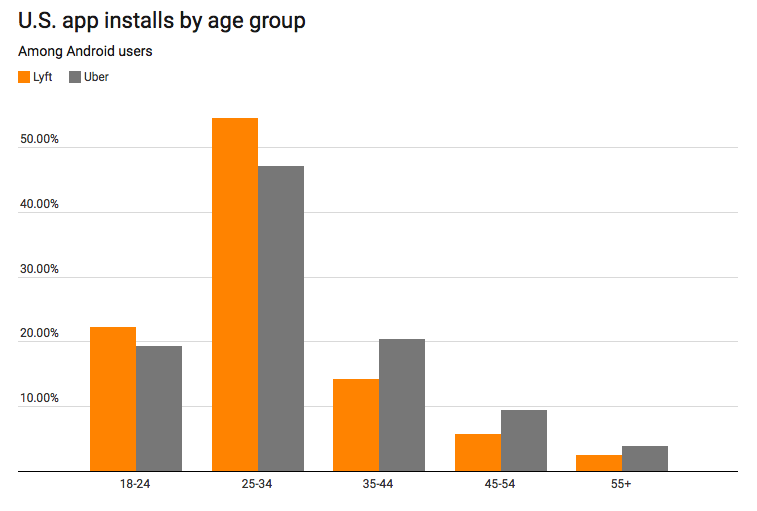 And Lyft’s daily active usership also has been growing. In a measurement that only includes Lyft and Uber — not their smaller rivals Juno, Via and Get — Lyft had grown to 40 percent of the market share in April, according to SimilarWeb. That’s consistent with a claim the Lyft CFO made earlier this week that the company has 35 percent of U.S. ride-sharing market share.

SimilarWeb does not have daily active user numbers by age group.

Second Measure, a company that analyzes billions of dollars worth of anonymized debit and credit card purchases, had more conservative estimates. In April, Lyft had 26.2 percent of U.S. market share, compared to Uber’s 71 percent. 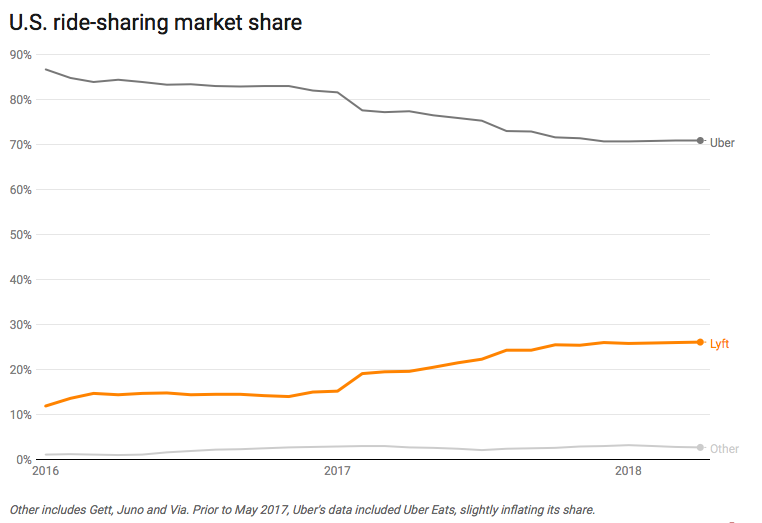 Some caveats: Download and usership data don’t necessarily mean sales. Also, iOS users are not included in this dataset so the data is extrapolating U.S. use from Android user behavior.

Lyft picks up more younger customers than Uber, according to SimilarWeb added by Newsroom on May 19, 2018
View all posts by Newsroom →