By Newsroom on January 19, 2018Comments Off on Google inks patent deal with Tencent 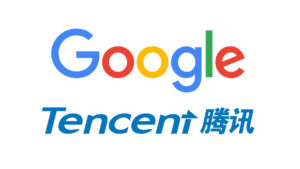 Google has yet more news from China after the U.S. search firm announced a patent cross-licensing agreement with Chinese tech giant Tencent.

The terms were not disclosed, but Google said the tie-in with Tencent, which is valued at over $500 billion, covers “a broad range of products and technologies” and is “long-term.” The two firms pledged to work together on future innovation and technology.

“We’re pleased to enter into a patent cross-license with Tencent. By working together on agreements such as this, tech companies can focus on building better products and services for their users,” Google’s Head of Patents Mike Lee said in a statement.

Google’s core search service remains blocked in China, but this announcement follows a string of developments that have seen the firm ramp up in other areas in the country. In December, it announced the creation of an AI Lab in Beijing, Google’s first such facility in China, it is opening a presence in Shenzhen, and recently invested in streaming service Chushou.

On the other side, the deal is also another meaningful global exercise from Tencent. Long one of China’s most influential tech giants through its hugely profitable gaming business and massively popular WeChat service, Tencent made a series of major global moves last year with investments in Snap, Tesla and Spotify.

Google inks patent deal with Tencent added by Newsroom on January 19, 2018
View all posts by Newsroom →