Facebook ad spend continues to grow despite current issues, according to 4C Insights

By Newsroom on April 12, 2018Comments Off on Facebook ad spend continues to grow despite current issues, according to 4C Insights 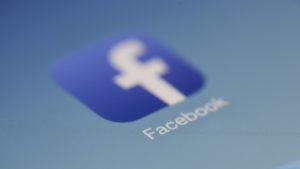 on Facebook grew by 62 per cent in the first quarter of 2018, despite the Cambridge Analytica scandal, growing week-over-week by seven per cent and 15 per cent during the weeks of March 17 and March 24 after the news emerged. Both weeks also saw nine per cent increases in Instagram spending.

According to 4C Insights, spend on its advertising platform across all major social and mobile platforms increased in Q1 2018, with the greatest revenue growth seen in Snapchat at 234 per cent and Instagram at 136 per cent.

“We’re seeing continued strength for Facebook advertising despite the negative headlines,” said Aaron Goldman, CMO at 4C Insights. “For some time now, marketers in the UK have been actively preparing for GDPR so they are comfortable dealing with issues pertaining to data collection. In this case the main issue is not related to advertising, and the repercussions such as removal of Facebook Partner Categories have not had a material impact. Targeting solutions like those offered by 4C rely on public engagement data with brand content, not user-level access, so we expect further growth.”

The biggest UK events during the quarter were found to be the Six Nations and the Winter Olympics with the two events pushing overall ad spend up 65 per cent year-on-year (YoY). Meanwhile, the consumer products sector drove ad spend across Twitter and Snapchat with quarterly spend up 78 per cent and 31 per cent respectively.

Facebook ad spend continues to grow despite current issues, according to 4C Insights added by Newsroom on April 12, 2018
View all posts by Newsroom →