By Newsroom on August 13, 2018Comments Off on CCI and SpotX ink deal to provide Japanese broadcasters with programmatic solutions 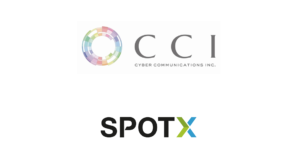 Cyber Communications Inc. (CCI) and SpotX have inked a deal which will see the adtech platform bring its programmatic solutions to television networks in Japan.

Most, if not all, of the broadcasters and publishers in Japan currently work with Dentsu-owned CCI to help clients who are keen to buy ads programmatically on their platforms.

“We have partnered with SpotX to help our prestige publishers better manage their video inventory via a single platform, that provides the controls and transparency needed to maximise revenue in a brand-safe environment,” said Akio Niizawa, representative director and president at CCI.

“CCI only works with the market leaders in each technology vertical and SpotX is a leader in advanced video ad serving for publishers,” Niizawa said.

Both companies already have an existing partnership to provide over 500 publishers in Japan with ad serving and programmatic enablement technology.

Programmatic advertising on television has picked up speed in Asia as the region move towards digital television. In Australia, Seven West Media recently combined its data management platform and its supply side platform for its broadcast video on demand inventory to deliver enhanced programmatic advertising solutions to advertisers across its long-form premium video inventory.

CCI and SpotX ink deal to provide Japanese broadcasters with programmatic solutions added by Newsroom on August 13, 2018
View all posts by Newsroom →