Adobe: UK beats US and Europe for Christmas 2016 mobile spend

By Newsroom on January 31, 2017Comments Off on Adobe: UK beats US and Europe for Christmas 2016 mobile spend 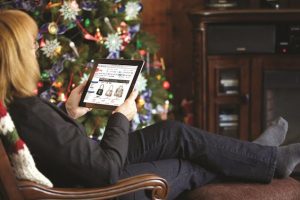 UK shoppers spent more via mobile this Christmas than the US and Europe, according to Adobe’s latest Digital Index. Of every £10 spent online in the UK, £4.10 came from a mobile device.

The study, from Adobe, indicates that Britons were the most mobile shoppers this Christmas, with £4.10 of every £10 spent online coming from a smartphone.

Part of the latest Adobe Digital Index, the data also revealed that just under two-thirds (60%) of online visits to UK retailers during the holiday season[1] were made on a mobile device. This marks a huge leap compared to Q2 of 2016, when smartphones were responsible for just over a third (36%) of traffic to UK retailers, and £1.70 of every £10 spent online.

The results are identical to the 2015 festive period, when £4.10 of every £10 spent online in the UK was via a mobile device. 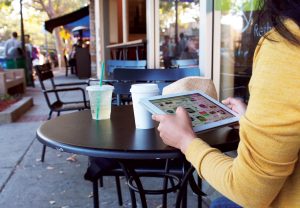 The UK’s strong growth was partly driven by a surge in last minute Christmas shopping, with the amount spent on the last Monday before Christmas (19th December), increasing by half (50%) in 2016.

However, in comparison to 2015, Black Friday’s share of revenue fell by just under a tenth (8%) in the UK. This is likely due to retailers discounting their items for longer periods of time – Cyber Monday, for instance, saw revenue growth of 10%. Despite this, Black Friday still remains the most popular day for online shopping, with Britons spending £908MN on this day alone. Shoppers also kept the Boxing Day sales tradition alive, with just over a tenth (11%) more spent on 26th December.

John Watton, EMEA Marketing Director, Adobe, commented: “2016 saw an unprecedented surge in online Holiday shopping, and mobile shopping in particular. Consumers’ desire to purchase items on mobile devices is clearly there. In an increasingly competitive retail market, it’s critical that retailers continue to personalise the shopping experience—across all devices and touchpoints—so that users are compelled to purchase more on their smartphones throughout the whole year.”

Adobe: UK beats US and Europe for Christmas 2016 mobile spend added by Newsroom on January 31, 2017
View all posts by Newsroom →