By Newsroom on July 31, 2017Comments Off on Ad Viewability in the UK Rises to Highest Level in Over a Year 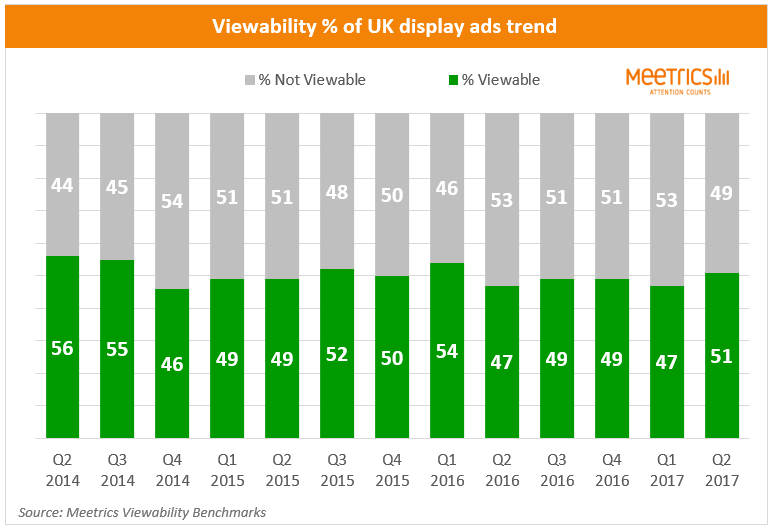 Ad viewability levels in the UK rose for the first time in nine months to the highest level seen for over a year, according to the latest quarterly benchmark report from ad verification company Meetrics.

“It’s certainly a step in the right direction and shows ad viewability initiatives, such as from JICWEBS and the like, are starting to impact the market,” said Anant Joshi, Meetrics’ commercial director UK & Ireland. “However, the UK is still well behind other markets and the industry has much work to do. We can’t celebrate the fact that we’re back to almost half of banner ad budgets being wasted on ads that don’t have the chance to be seen.” 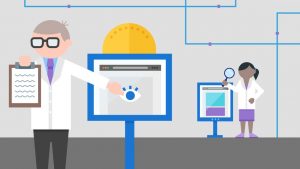 In another first, Meetrics has published an international viewability figure for video ads, revealing 69% of video ads meet the IAB and Media Ratings Council’s recommendation that 50% of the video ad is in view for at least two seconds. For banner ads, its 50% for at least one second.

The average time a video ad is in view, or has the opportunity to be seen, is 23.4 seconds, compared to 25.5 seconds for banner ads (note the time isn’t how long they were actually watched for / looked at).

Joshi commented: “As video ad spend continues to rise, it’s extremely encouraging to see such a good initial viewability rate for video. This is partly because viewers tend to be more engaged with video due to its greater screen size and being less surrounded by other ads.”

Ad Viewability in the UK Rises to Highest Level in Over a Year added by Newsroom on July 31, 2017
View all posts by Newsroom →