By Newsroom on June 12, 2018Comments Off on 87% of UK’s top retailers risk revenue losses through poor mobile site performance 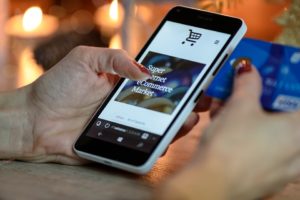 Almost nine in 10 (87%) of the UK’s top retailers are risking a significant drop in online visibility by neglecting their mobile site performance, according to new research.

The report, carried out by leading eCommerce and digital agency Visualsoft, found that worryingly low numbers of retailers have taken strides to improve mobile site speed since Google’s ‘Speed Update’ was announced in January.

Securing the top spot in search engine rankings is critical for businesses in all sectors, but particularly so for retailer brands that are under pressure to compete against the likes of behemoths such as Amazon and eBay.

Online spending in the UK now equates to £1.1 billion every week, so the opportunity to take advantage of this market is substantial – not just for established brands, but for new and nimble start-ups, too.

Google’s new update is rating sites that load in under four seconds as “excellent”, and research shows that 50% of users will expect a site to load in less than two seconds; an indication of consumer expectations now and in future.

However, Visualsoft’s report highlighted that the average speed for the UK’s top 245 retailers currently sits at 11 seconds, thus falling into the “poor” category and potentially resulting in a 27% loss in customers. Only 1% of retailers analysed fell into the “excellent” category – compared to 2% when similar research was completed in November 2017 – suggesting that the issue is slowly worsening, rather than improving, over time.

It is estimated that, for every additional second it takes a mobile page to load, conversions can drop by up to 20%. The importance of site speed has therefore never been more prominent, and this is set to continue.

Gavin Lowther, head of digital at Visualsoft, said: “Even with the increased pressure of Google’s ‘Speed Update’ looming in July, and the continual demise of online retail giants such as Tesco Direct, it’s concerning that retailers aren’t taking action to secure their spot in the search engines. There is a huge opportunity for those new into the market to reach top positions if they keep speed high on their list of priorities, ahead of even the biggest retailers – especially the ones ignoring the significance of site speed to the end user experience. However, all is not lost for these more experienced retailers; with a small review of your site and implementation of some of our quick win recommendations, retailers can see their site speed take a turn for the better.”