By Newsroom on April 30, 2018Comments Off on YouTube is making a more direct assault on TV with new products for advertisers 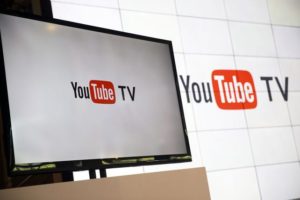 service is introducing new ad products targeted at people watching the service on television sets, in a bid to capture a larger share of traditional TV ad budgets and capitalize on rising interest in watching internet video on a TV screen.

YouTube had previously placed its bets on a mobile future. But while the phone still accounts for 60 percent of its total views, the company says it’s noticing many viewers moving to watching YouTube on television sets using digital media players or video game consoles.

To reach this audience, marketers will soon be able to make sure their ads are seen by people who have similar viewing habits to traditional TV viewers (based on Nielsen insights), as well as viewers who are watching on a TV screen specifically or audiences watching the YouTube TV subscription service.

The move could help YouTube capture a larger amount of the advertising budget currently spent on TV, which amounted to more than $71 billion last year, according to eMarketer. By contrast, advertisers spent only $13 billion on digital video last year.

YouTube will speak more about the announcement at its annual presentation for advertisers, Brandcast, in New York.

Technology has evolved in the last few years to give viewers a lot of convenient ways to watch internet video on a television screen.

Dedicated digital media players like Roku devices and Apple TVs have been around for years, and it’s possible to stream digital video from most video game consoles. More recently, people have been adopting devices like the Google Chromecast, which let users stream video from their mobile phone or computer over a WiFi connection to their TV sets. 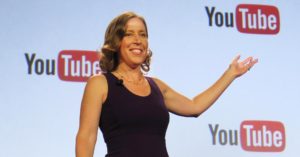 says more people are taking advantage of these options. According to the company, people now watch an average 150 million hours of YouTube per day on TV screens, or about 15 percent of the overall time spent watching YouTube. An Ipsos study commissioned by YouTube found that seven out of 10 of its viewers were watching YouTube on TV screens at least some of the time.

This viewership isn’t replacing mobile viewership, but is rather adding to it, with many using mobile devices as a bridge.

“A lot of the viewership on TV is casting from the mobile device,” Weinstein said. “I think it’s more about technology and how it interacts in their [users’] lives.”

YouTube TV viewers tend to stick around longer than viewers on other platforms, too, the company said. The average mobile YouTube viewing session is 60 minutes, while on TV it’s much closer to the typical television watching duration of 4.5 hours. (YouTube declined to give a precise time)

More time watching could potentially mean a greater chance of seeing unsavory content paired next to advertising, an issue YouTube has been criticized for in the past. YouTube has been addressing the problem by increasing the standards for which creators are eligible for advertising, and adding more tools for marketers to report problems including guaranteeing a one hour turnaround time if a brand finds something inappropriate, Weinstein said. It’s also developing better machine learning and hiring more people to help find dubious videos, but trying to stay mindful of keeping its creators and viewers happy.

YouTube is making a more direct assault on TV with new products for advertisers added by Newsroom on April 30, 2018
View all posts by Newsroom →