By Newsroom on January 2, 2018Comments Off on Worldwide app spend reached nearly $200M on Christmas day, up 12 percent from 2016 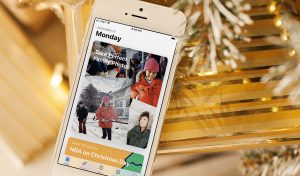 spent $196 million on apps, in-app purchases and subscriptions on Christmas Day 2017 across the App Store and Google Play, according to new data from Sensor Tower. The report, while excluding Android revenue in China, represents a 12.3 percent increase over 2016’s spending of approximately $174 million.

That speaks to a still-growing market for apps and games as well as the potential for developers to generate new revenue streams by way of subscriptions sold through their apps. In fact, the recent App Store trend of pixel art colouring books were all fuelled by subscriptions, whereas in the past, apps of that nature would charge one-time fees for unlocking premium content.

The report also notes that non-game apps saw a higher growth rate than mobile games, with approximately 66 percent year-over-year growth compared with 5.2 percent for apps. However, games are still raking in the most money, going from $150 million in 2016 to $158 million in 2017. Non-games, meanwhile, climbed $14 million from $24 million to $38 million.

The revenue generated by the non-game category comes in large part from streaming apps – like Netflix and HBO NOW. Consumers in 2017 spent a whopping 98 percent more on Entertainment apps versus the same time last year, says Sensor Tower. And of the $38 million spent in non-games, the firm estimates that $9.5 million came from Entertainment apps, up from $4.8 million in 2016. 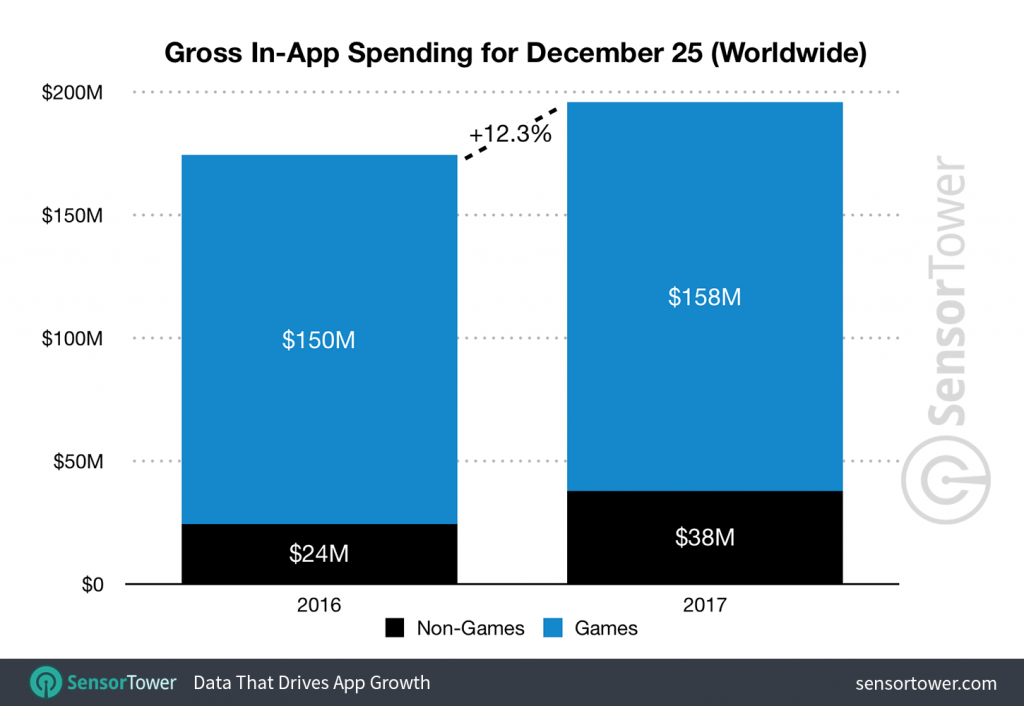 The rise in Entertainment app spending is not all that surprising, for anyone who’s been following the app economy in recent years. The HBO NOW app, for example, has been a top streaming app by revenue for the past couple of years. In addition, other Entertainment streaming apps like Netflix, Spotify, and Pandora were last year’s biggest apps by revenue.

Taking stock of App Store revenue and trends on Christmas Day is a good way to get a glimpse into what the year ahead will bring, as so many consumers are activating new devices, installing apps, and buying apps, games and subscriptions.

Sensor Tower’s data follows a report this fall from App Annie, which saw global app revenue and downloads in Q3 hitting record levels of $17 billion and 26 billion, respectively, thanks in large part to emerging markets’ adoption of the smartphone. App Annie doesn’t foresee the market slowing down anytime soon, either. It’s currently forecasting that worldwide downloads will reach nearly 240 billion and consumer spend will top $100 billion by 2021.

Worldwide app spend reached nearly $200M on Christmas day, up 12 percent from 2016 added by Newsroom on January 2, 2018
View all posts by Newsroom →