WFA: 90% of marketers are reviewing programmatic ad contracts in quest for greater transparency 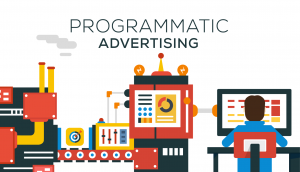 Agency trading desks may be the default way advertisers run programmatic campaigns but as many as 90% are set to review these deals after growing frustrated by the lack of transparency being offered.

According to a new report from the World Federation of Advertisers, nearly two-thirds of marketers are uncomfortable with the conflicts created by trading through agency trading desks (the principle model used by the majority of advertisers).

They were found to “broadly reject the idea” that agencies and holding companies should act as principal in the media buy and be able to mark up inventory they have acquired in direct deals with media owners before selling it on to brands.

While 53% claimed to have a “disclosed or transparent” programmatic relationship, 33% admitted their trading desk model was “non-disclosed/non-transparent”. A similar number – 34% – also agreed that there was nothing in current contracts that precluded arbitrage or principal trading and so many advertisers are now seeking to clarify their positions in these contracts.

“Programmatic has expanded rapidly and it’s no surprise that the market and mechanisms that big brands use to spend through this channel are evolving. The rise of in-house, hybrid models and independent trading desks demonstrates that the original trading model left much to be desired,” said Matt Green, global media and digital marketing lead at the WFA.

Alternatives to the principal agency trading desk model are growing rapidly. In fact, there has been a 12% rise in the independent trading desks compared to the previous wave of WFA’s programmatic research while in-house or ‘hybrid’ models are used by more than a fifth of advertisers.

The results are based on a survey of 59 WFA member companies representing 18 industry sectors with a total global ad spend in excess of $70bn. All are spending increasing amounts of money through this channel with an average of 16% of digital ad spend now programmatic, compared to 10% in 2014.

Transparency has been the overriding factor in this evolution. The second-generation of programmatic models has seen some improvement in transparency, with 29% of respondents now satisfied with the level of clarity provided by their agency trading desk, up from 21% in 2014.

Meanwhile, transparency within independent trading desks now satisfies nearly half of users, up from 36% in 2014.

Also responsible for this shift has been the rise in the number of marketers seeking closer relationships with their day-to-day agency teams. Some 42% of those surveyed now work with agency level trading desks rather than the legacy holding company operations such as Xaxis, Accuen and Cadreon – although 51% continue to do so.

“The second generation of trading models is now being built and while agency trading desks still take the greatest share of digital spend there are now real alternatives being developed that give brands more control over data and technology alongside the wider push to ensure greater transparency. Ultimately, there are advantages and disadvantages for each approach and brands should identify the strategic principles which matter to their businesses, as these will govern partner choices,” continued the WFA’s Green.

WFA: 90% of marketers are reviewing programmatic ad contracts in quest for greater transparency added by Newsroom on January 30, 2017
View all posts by Newsroom →