By Newsroom on August 1, 2017Comments Off on Top Publishers Weigh in on Mobile Monetization and User Engagement 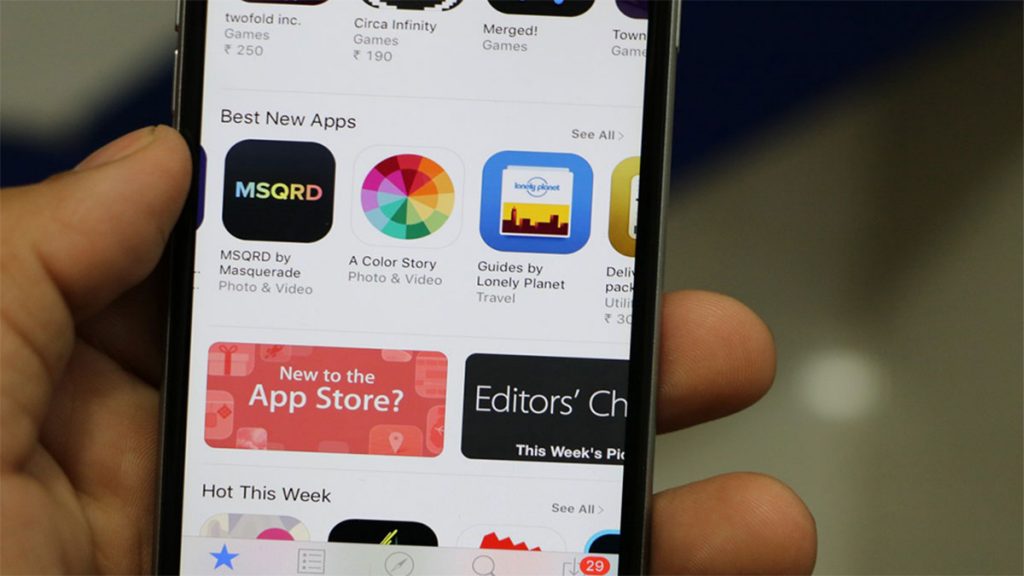 The greatest contributor to this category is mobile video ad monetisation. Indeed, 31% of mobile publisher revenue comes from mobile video ads according to a recent report by AdColony.

The report looked at top mobile game developers (90%), with a minority making non-gaming apps (18%) who were surveyed throughout EMEA (40%), followed by 34% in North America, 22% in APAC, and 4% in LATAM are finding revenue resources primarliy from ads.

Outside of advertising, publishers are far more likely to make money through direct in-app purchases than they are from paid installs or subscriptions. In fact, in-app purchases was the single greatest individual revenue contributor cited, driving 39% of total publisher revenue. 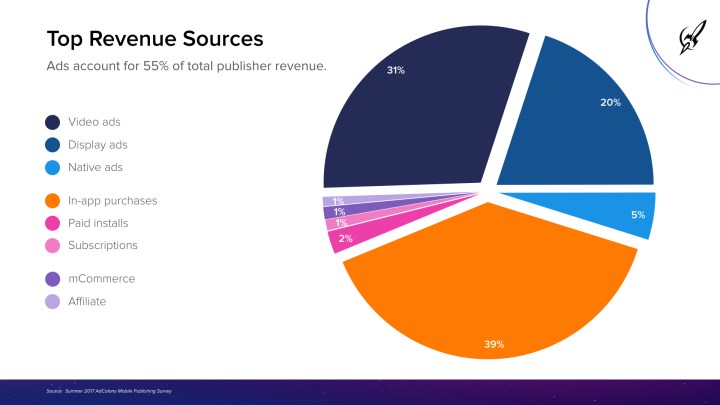 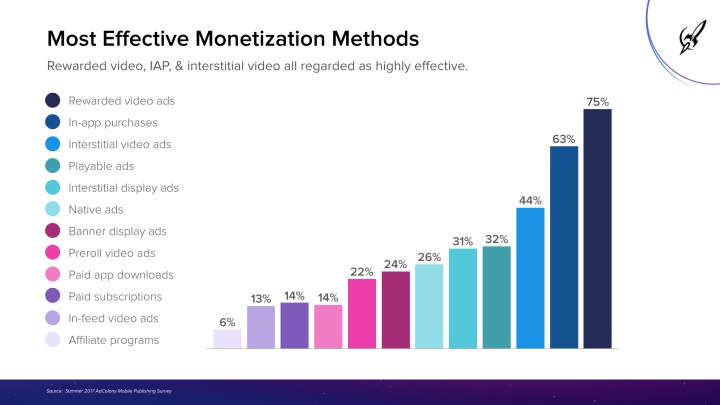 When asked which monetisation methods were most effective, publishers reported that rewarded video ads, in-app purchase systems, and interstitial video were all highly effective. As these methods account for a majority of publisher revenue and also rank well with respect to the user experience, this sentiment was not all too surprising. 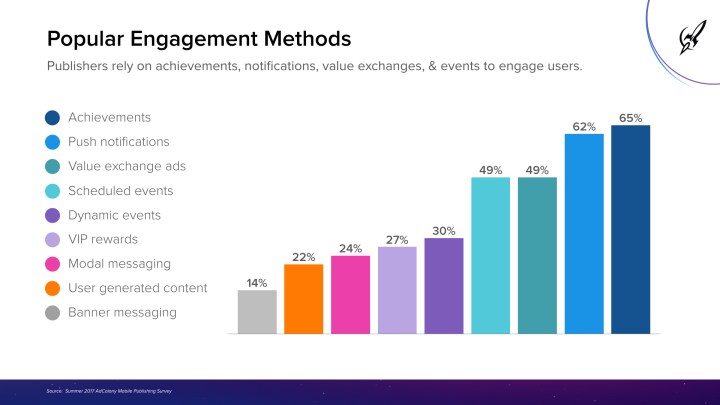 The most popular engagement methods used by publishers were achievements, push notifications, value exchange ad integrations, and in-app events. This suggests that users must be rewarded and reminded while content must be refreshed.

Top Publishers Weigh in on Mobile Monetization and User Engagement added by Newsroom on August 1, 2017
View all posts by Newsroom →