By Newsroom on February 3, 2017Comments Off on Tinder swipes right on programmatic ads in partnership with Facebook Audience Network 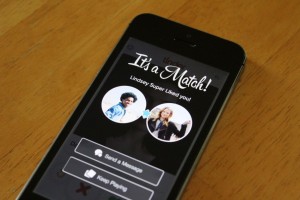 The company revealed the news during the Q4 earnings summary of its parent company, Match Group, with the firm’s chairman and chief executive Greg Blatt saying that the move will allow the dating platform to serve ads in excess of its direct sales efforts in Q2.

He told investors Tinder was on track to triple its direct sales from Q1 last year, adding: “As we roll in Facebook we’re going to be able to start providing inventory on top of that.”

The move means targeted in-app ads will be served up to Tinder users via Facebook’s network, which was launched in 2014 to let brands advertising in the News Feed broaden their reach.

Advertisers who don’t want to have their creative served up within the walls of dating apps can choose to opt-out.

Advertising is Tinder’s second revenue stream after a premium subscription model. The app first start testing ads on the platform in 2015, sliding in branded content from the likes of Budweiser, Hero Condoms and Bite the Ballot between potential romantic matches in its signature card deck style design.

Tinder relies on a ‘swipe’ function to matchmake individual users, but once Facebook Audience Network has been plugged into the app it’s unclear whether there would be a certain number of swipes granted before a user would be served up an ad.

“Right now it’s literally all guesswork,” said Blatt when he was quizzed on what the ad load would look like. “I mean it’s not a relevant number right now. The inventory level is so small, but Facebook gives us the ability to hit any ad load we want and I think in Q2 we are going to spend a fair amount of time testing that to try and find what our optimal level is.”

Tinder has been coy about releasing its subscriber figures, but claims that each day there are 26 million matches across 196 countries.

Tinder swipes right on programmatic ads in partnership with Facebook Audience Network added by Newsroom on February 3, 2017
View all posts by Newsroom →