By Newsroom on February 13, 2018Comments Off on Sports Illustrated swimsuit issue comes to life in AR/VR 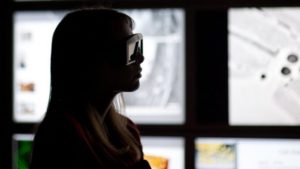 is supporting the publication of its popular annual swimsuit issue with a promotion that includes a Snapchat World Lens, an augmented reality (AR) feature that overlays digital images on a real background seen through a smartphone’s rear-facing camera. The Lens experience invites readers to experience the life of a swimsuit model and put themselves on the cover of the magazine, according to a Sports Illustrated blog post.

Snapchat will cover the issue’s launch party within the app’s Discover section on Feb. 14. Snapchat and Sports Illustrated have partnered on the launch of the swimsuit issue since 2016, showing a behind-the-scenes look at exclusive content on Snapchat’s Our Story, a crowdsourced grouping of individual Snapchats based on an event.

Snapchat will have a Snapcode to unlock content. Sports Illustrated will have additional AR and VR content on the Life VR app that’s free to download for iOS and Android.

Sports Illustrated has published several magazine issues that are accompanied with AR/VR content, but the swimsuit issue gets the most attention and widest distribution, giving the Time Inc. publication a bigger opportunity to showcase the technologies. The magazine in May published its first AR issue with a cover story called “Capturing Everest” that featured amputee Jeff Glasbrenner’s and cancer survivor Lisa Thompson’s expedition on the world’s tallest peak. The story was accompanied by a four-episode VR experience, and an AR ad from Coors Light that was activated from the magazine’s front cover flap, per PSFK.

Sports Illustrated is among the publishers that are experimenting with AR and VR storytelling methods. Last week, the New York Times published an AR experience for the Winter Olympics in Pyeongchang, South Korea, that includes profiles of four athletes. The AR experience gives readers a more immersive view of the athletes that can’t be shown in a 2D format like a TV screen.

In acknowledgement of the #MeToo movement highlighting sexual harassment against women, the magazine is including a spread called “In Her Own Words” that shows nude models with text written on their bodies. It’s the first time the Swimsuit Issue will feature a nude shoot by a female photographer, Taylor Ballantyne, and an all-women crew.

Sports Illustrated swimsuit issue comes to life in AR/VR added by Newsroom on February 13, 2018
View all posts by Newsroom →