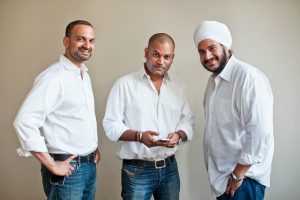 This groundbreaking new platform, created in partnership with AdsWizz, automates the real-time buying, targeting, optimization, and reporting of audio ad inventory into a few simple steps. Major brands across India, including Saavn’s current base of over 250 advertisers, can now use relevant data to significantly simplify the process to access and communicate with Saavn’s 20 million unique listeners.

Audio, especially on mobile devices, is a highly personal experience and is a form of personal expression and mood. With the increase of demanding lifestyles, audio is becoming an intrinsic part of this generation’s media consumption.

Earlier while television and other visual mediums were the trigger points for consumers, we are now seeing a shift towards passive entertainment consumption. Audio is the only true companion medium that can traverse our entire day; unlike visual mediums in the online and offline world, audio does not require peoples’ fully focused attention to make a lasting impact.

Digital audio is considered a premium because of the passion-centric brand safe environment it’s delivered in as well as the enormous amounts of data its consumption produces. Each stream is associated with a time-of-day, location, device brand/model, mobile operator, genre, age, gender, and several other factors. Audio is fundamentally a medium about “top of the funnel” branding instead of clicks and conversions reserved for demand fulfilment media like Google search ads.

“Digital audio advertising represents one of the largest untapped opportunities for brands to generate new demand and grow their businesses,” said Gaurav Kaushik, VP Advertising Platform at Saavn. “We had over 1.8 billion real ad impressions in Q4 and each one of them is unmatched in terms of sophisticated targeting capabilities and helping deliver insights for brands. Our programmatic solution can simplify the otherwise complex process of planning, executing and reporting dynamic digital audio campaign on mobile devices.”

Targeting parameters such as gender, age, geography, device, mobile operator, time-of-day, and other custom cohorts are available to select in a simple console accessible to media buyers on their laptops and desktops. HP was able to engage its broadly identified target customers and create more awareness for its PCs among them.

Overall, the time taken to launch this digital audio brand campaign was drastically reduced. Creative assets were uploaded with just a few mouse clicks and sophisticated reporting on campaign results were available in real-time, allowing stakeholders to control where and how their message appeared. Beyond specifying targeting parameters, major brands like HP gain invaluable data insights on listener engagement across the country. Eventually, brands will also run hundreds of audio advertising messages simultaneously using sophisticated data-driven cohorts for the right audio message to reach the right listener.

“The future of media buying is programmatic because it helps us focus our time, energy and resources on creativity and messaging for people who will find our products most useful. Audio ads literally allow us to speak with our target customers in a high engagement environment on Saavn,” said Amit Singla, Head of Digital Marketing at HP India. “The reduction in time to set up campaigns and get real-time reports is an added benefit, especially in an increasingly media fragmented world.”

“We are pleased to be the first agency to bring programmatic audio to India, and the prospect of quickly scaling a mobile medium with 100% share-of-voice for brands is beyond exciting,” said Anil Pandit, Associate Vice President at Omnicom Media Group. “While digital audio advertising is a compelling way to change consumer mindsets, its delivery in a closed system also eliminates nagging issues like fraud, viewability and ad blocking in digital advertising.”

The Omnicom Media Group, AdsWizz, and Saavn collaboration reflects a focus on world-class technology and data driven solutions for advertisers to reach mobile consumers in an emotionally engaging environment. 2016 marked the first time that music audio streams exceeded music video streams in the US. BuzzAngle’s full year US digital music industry report indicated music audio streams increased 83% to 251 billion streams in 2016 vs. 2015. The report further stated there were 181 billion music video streams in 2016, only a 7.5% increase from 2015. Overall, more people are streaming more music than any year prior.

“We are excited to partner with Saavn as the industry leader in music entertainment to launch programmatic audio in India for the first time. We’ve worked hard to build a world-class platform exclusively focused on audio that brings buyers and sellers together and creates a fluid market,” said Alexis van de Wyer, CEO at AdsWizz. “Given the complexity of programmatic advertising, it was important to work with a technology-focused company like Saavn to bring this offering to the India market.”

Saavn Launch Programmatic Audio Ads for Mobile Devices in India added by Newsroom on February 3, 2017
View all posts by Newsroom →