By Newsroom on March 22, 2018Comments Off on Over 40% of Brits would be happy for a brand to sponsor their profile pictures, according to YouGov survey 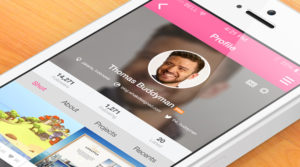 aren’t against the idea of letting a brand they like sponsor them, with 42 percent claiming the would let a desired brand put their logo and the words ‘sponsored by’ in the bottom corner of their profile photo across social media.

The findings come from a YouGov survey of over 2,000 Brits, commissioned by OnBuy.com, which also found that 36 per cent would be happy to allow a brand to place the same on every photo they post to social media.

Furthermore, 39 percent of respondents said they would be most willing to appear in a brand television ad, while 37 percent would be prepared to wear a shirt or top displaying a large brand logo every day for a month – with 19 percent willing to do so for an entire year.

Despite this, just three percent of Brits said they would be willing to change their first name to a brand’s name with six percent willing to replace or add a brand’s name to their middle name. Meanwhile, only five percent would get a brand’s logo tattooed somewhere on their body.

“In the digital age, the connection between companies and consumers has become more intertwined,” said Cas Paton, managing director of OnBuy.com. “As a result, companies have been better able to gain an insight into those who truly represent as well as support them. Consequently, this has allowed them to identify and approach certain consumers to become ambassadors/advocates for the brand. What this research highlights is that there are certain sponsorship avenues which British consumers would be less inclined to accept and entertain when displaying their affection and endorsement for a brand.”

Over 40% of Brits would be happy for a brand to sponsor their profile pictures, according to YouGov survey added by Newsroom on March 22, 2018
View all posts by Newsroom →