By Newsroom on April 10, 2018Comments Off on Over 30% of Brits would let brands sponsor their photos on social media, according to OnBuy 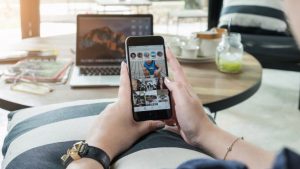 Brand engagement with consumers has significantly evolved over time. The rapid rise of the internet and social media has facilitated companies with a growing variety of platforms to create more personalised interactions with their brand. This in turn has enabled brands to harvest loyal consumers who follow their every action and become early adopters of any new products/services they offer.

Interested in the relationship between brands and consumers, Online British Marketplace OnBuy.com analysed findings from YouGov, who surveyed more than 2,000 Brits to better understand how they would let a brand they like sponsor them should the opportunity arise.

OnBuy.com interestingly found that just under a half of Brits (42%) would let a desired brand put their logo and the words “sponsored by” in the bottom corner of profile photo on all social media channels they have a presence on. Similarly, 36% would be happy to allow a brand to do the same for each photo they post on social media.

Thereafter, 39% of Brits would be most willing to appear in a brands television advertisement. Further on, 37% of Brits would be prepared to wear a shirt or top with a large picture of the brands logo on it every day for a month whilst 19% would astonishingly do so for the whole year. 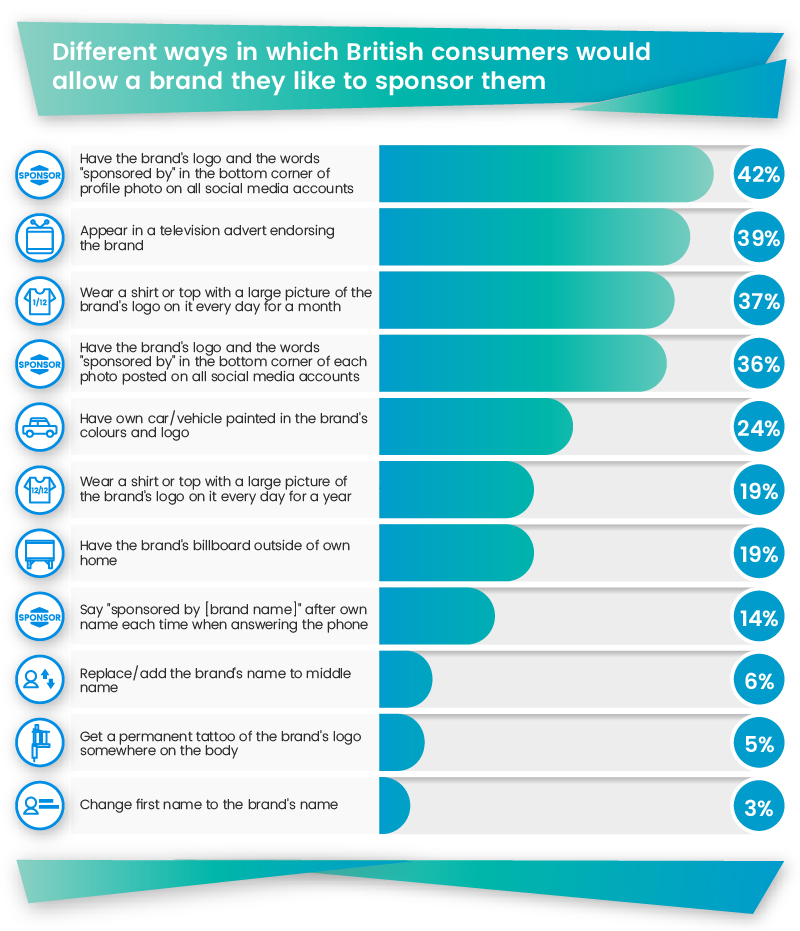 On the other end of the scale, Brits (3%) would be least willing to change their own first name to a brands name.

After this, just 5% of Brits would get a brand’s logo as a tattoo somewhere on their body to symbolise the impact a respective company has had on them. Moreover, 6% would replace or add a brand’s name to their own middle name – this type of dedication exhibited by Nathan Yorkshire Tea Garner who ditched his original middle name in favour for his favourite brand of tea.

Natalie a Fashion Blogger and ‘Brand Champion’ from London said: “I have been a fashion blogger for just over a decade now. During the first few years I was reviewing a lot of different lifestyle brands. As the quantity and quality of my content improved, I managed to gather a large following. This is when a well-established brand proposed to me some sponsorship possibilities. Since I admired their design and innovation, I decided I would be happy to regularly wear their clothing and then, visually post it on my blog and social media channels to promote the brand. So far, it’s been very fruitful for both parties. I think these sorts of arrangements work best when a company collaborates with influencers who are the most relevant to their industry/market – as that’s when it really feels mutual and authentic.”

Cas Paton, Managing Director of OnBuy.com commented: “In the digital age, the connection between companies and consumers has become more intertwined. As a result, companies have been better able to gain an insight into those who truly represent as well as support them. Consequently, this has allowed them to identify and approach certain consumers to become ambassadors/advocates for the brand. What this research highlights is that there are certain sponsorship avenues which British consumers would be less inclined to accept and entertain when displaying their affection and endorsement for a brand.”

Over 30% of Brits would let brands sponsor their photos on social media, according to OnBuy added by Newsroom on April 10, 2018
View all posts by Newsroom →