Mobile share of advertising market to exceed 30% in 2020, according to Zenith

By Newsroom on June 18, 2018Comments Off on Mobile share of advertising market to exceed 30% in 2020, according to Zenith 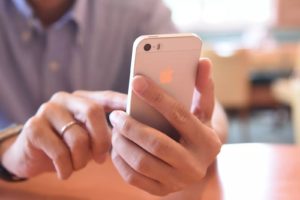 As internet users switch from desktop to mobile devices – and new users go straight to mobile – online advertising is making the same switch. Advertising on mobile devices is rising at a meteoric rate, and is taking market share from all most other media. Mobile adspend grew 35% in 2017, and Zenith expect it to grow at an average rate of 21% a year to 2020.

However, brands that are shifting budgets to mobile advertising may be affecting their ability to win new customers and expand their market share. Zenith’s Touchpoints ROI Tracker research shows that traditional mass media are more effective at driving recall among new or light buyers, therefore having a strong understanding of acquisition channels and retention channels is key.

According to Touchpoints ROI Tracker, television ads are most effective at driving recall among potential customers, while mobile ads are least effective. Potential customers are 53% as likely to recall television ads as existing customers, but for mobile ads this falls to 41%. Targeting mobile ads at existing customers can certainly help brands achieve short-term performance targets, especially because mobile is increasingly tying together the whole consumer journey. However, mobile is currently less effective at creating long-term awareness among potential customers than traditional media, so brands with a heavy mobile presence should consider investing more in traditional mass media to compensate for this.

Most of the traditional media are still growing despite the inexorable rise of mobile advertising, but generally at very low rates. Zenith forecast television and radio to grow by 1% a year between 2017 and 2020, while out-of-home advertising grows by 3% a year. Cinema, however, is growing at 16% a year, thanks to investment in new screens, successful movie franchises, and better international marketing. The main driver, though, is surging demand in China, where ticket sales increased 22% in 2017. China overtook the US to become the world’s biggest cinema advertising market in 2017, worth US$1.2bn, and by 2020 the agency expect it to reach US$2.8bn.

Print advertising continues to shrink together with circulations: between 2017 and 2020 Zenith forecast newspaper adspend to shrink by an average of 5% a year, while magazine adspend shrinks by 6%. This refers only to advertising within print titles, though – publishers’ online revenues are counted within the desktop and mobile internet totals, so their overall performance is not as bad as the print figures suggest. Research organisations in some markets – such as the Advertising Association/WARC in the UK – provide combined print and digital ad revenue figures for publishers, generally showing that the digital revenues soften but do not reverse the decline in print.

Zenith forecast global advertising expenditure to grow 4.5% this year. That’s fractionally behind the 4.6% growth they forecast in March, but that’s primarily because they have upped their figures for 2017, providing a tougher comparison. The agency now estimate that global adspend grew 4.2% in 2017, compared to their previous estimate of 4.0%. They forecast 4.2% growth for 2019 and 4.3% growth for 2020, so growth will remain comfortably within the 4%-5% range it has stayed within since 2011.

North America, currently the largest advertising region, is falling behind in growth. The agency expect it to contribute 27% of new ad dollars between 2017 and 2020, while its share of global adspend slips from 37.1% to 36.0%.

“Dynamic markets in Asia Pacific are leading the way in global adspend growth, growing at 5%-6% a year,” said Jonathan Barnard, Zenith’s Head of Forecasting and Director of Global Intelligence. “By the middle of the next decade it will be the biggest advertising region in the world.”

“The mobile device in our pockets is becoming the gateway to our media world, but its brand-building capabilities are still in question – simply applying old practices to new technology may not translate to brand growth,” said Vittorio Bonori, Zenith’s Global Brand President. “Having a clear understanding of how the entire ecosystem of paid, owned and earned media works together to drive return on investment is vital.”

Mobile share of advertising market to exceed 30% in 2020, according to Zenith added by Newsroom on June 18, 2018
View all posts by Newsroom →