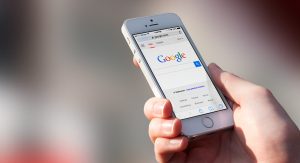 Google, which is set to report Q3 earnings this week, now makes more ad dollars from mobile than from the desktop globally, according to eMarketer’s latest estimates of ad revenues at major publishers. But in its home market of the US, that revenue flip is still in the (very near) future. 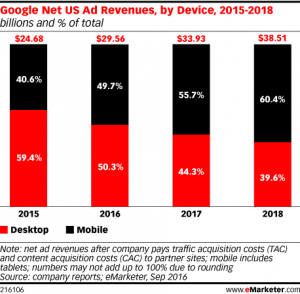 This year, Google will generate $63.11 billion in net digital ad revenues worldwide, an increase of 19.0% over last year. That represents 32.4% of the worldwide digital ad market, which this year is worth $229.25 billion.

Google continues to be by far the dominant player in worldwide search advertising. eMarketer estimates the company will capture $52.88 billion in search ad revenues in 2016, or 56.9% of the search ad market worldwide.

On the display side, Google is second to Facebook. It will generate $10.23 billion in display ad revenues worldwide this year, or 12.9% of total display spending. 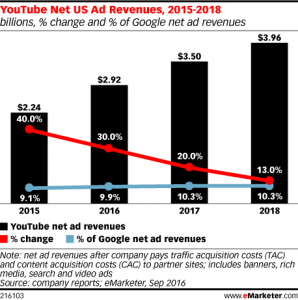 YouTube net ad revenues will grow 30.5% this year to reach $5.58 billion worldwide. In the US, YouTube is the leading over-the-top (OTT) video service, with 180.1 million users this year. That represents 95.7% of OTT video service users in the US. Net ad revenues on the site will reach nearly $3 billion this year in the US, according for almost 10% of Google’s net ad revenues in the country. That share will rise slightly by the end of eMarketer’s forecast period.

“We see data and advertising at the heart of Google’s new product offerings,” said Utreras. “The new devices are not only aimed at diversifying Google’s revenues but also at enriching Google’s advertising targeting capabilities as consumers engage and share information with Pixel, Google Assistant, Daydream View, Chromecast and other Google ecosystem devices. We see this as contributing to both device sales and advertising revenues in the future.”

Mobile Moves to Majority Share of Google’s Worldwide Ad Revenues added by Newsroom on October 24, 2016
View all posts by Newsroom →