By Newsroom on February 2, 2017Comments Off on Mobile gaming generated more revenue than the global movie box office in 2016 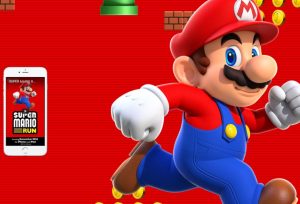 Mobile gaming is enjoying unprecedented annual growth across the board racking in more revenue than the global box office takings from the leading movies, according to data from SuperData Research and Unity Technologies.

In 2016, the global mobile market generated $40.6bn in revenue on the back of 18% annual growth (a mammoth spurt which saw mobile gaming supersede the global movie box office for the same year which was ranked at around $38bn by comScore and MKM partners).

The growth in the sector is also perhaps reflected in Nintendo’s move into the smartphone market and the on-the-go orientated style of the Switch.

SuperData Research’s ‘Can’t Stop, Won’t Stop: The 2016 Mobile Games Market’ report examined the combined mobile, mobile VR and VR markets, it found that puzzle games were the most popular genre on the platform – 58% mobile gamers play them, compared to 40% who play action games and 26% who play simulation games.

Additionally, Android gamers represent 78% of the global market, the US is the only market in which iOS boasts more players, nonetheless iOS yields higher spending. This is flipped in China where Android players spend eight times more than iOS.

On the VR front, 2016 was arguably the first year where the technology was widely available to the public, $1.8bn was raised across 6.3 million device sales, largely made up of 4.5m Samsung Gear VR sales.

“The sustained growth of the global mobile games market is helping to legitimize games in the traditional media landscape,” said Stephanie Llamas, vice president of research and strategy at SuperData Research.

“The size of the market is also attracting the leading players in the gaming market, as can be seen with Activision’s Blizzard deal to buy King and Tencent acquiring Supercell.”

The most successful mobile gaming apps are indeed generating so much profit that Nintendo’s recently announced $50m dividend from Super Mario Run seemed slightly insignificant in comparison to many free-to-play titles.

Mobile gaming generated more revenue than the global movie box office in 2016 added by Newsroom on February 2, 2017
View all posts by Newsroom →