Mobile commerce more popular among users in APAC than in other regions, according to Twitter

By Newsroom on November 28, 2017Comments Off on Mobile commerce more popular among users in APAC than in other regions, according to Twitter 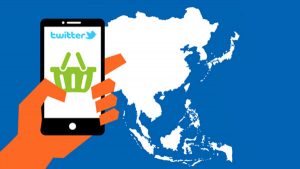 Mobile commerce is taking off among Twitter users in Asia Pacific, after a study commissioned by the social media company found that across 15 countries, approximately two in three users are most likely to browse and make payment on mobile than their counterparts in US and Europe.

The report, which delves into mobile shopping behaviours and incorporates an implicit test to understand consumers’ perception towards a list of main shopping apps, found that users in Thailand, Indonesia, Malaysia and India browse on mobile and make payment on mobile regularly.

India’s Twitter users lead in mobile shopping behaviour as 81% of Twitter users in India surveyed are likely to shop on mobile. Meanwhile, the report also found that across countries, the attitudes toward Chinese shopping apps are less positive than some of the global or in-market players.

However, there is a significant difference in attitudes between those who are aware of the apps and those who have used them as consumers have shown a positive shift in attitudes towards the Chinese shopping apps after using them.

Mobile commerce more popular among users in APAC than in other regions, according to Twitter added by Newsroom on November 28, 2017
View all posts by Newsroom →