Mobile Ad Targeting Is Improving, According to Nielsen

By Newsroom on November 23, 2016Comments Off on Mobile Ad Targeting Is Improving, According to Nielsen 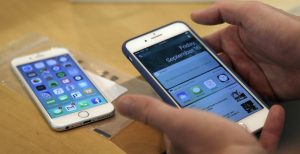 In the past 10 years, the volume of media consumed on mobile devices has grown rapidly, but marketers’ uptake of mobile advertising has been relatively slow by comparison.

That’s partly because of limitations around the ability to accurately target consumers on mobile devices, marketers say.

According to research by Nielsen, those targeting challenges could be diminishing. The performance of mobile ad campaigns has improved significantly over the past year, the measurement company said, based on data collected through its Digital Ad Ratings service.

Between April and June of 2016, 60% of mobile ad impressions were viewed by people of the age and gender advertisers had intended, Nielsen’s Digital Ads Benchmarks and Findings report said. That’s up from 49% in the same period of 2015.

Nielsen said its data were collected from 40,000 U.S. campaigns measured across a range of websites, apps and digital services.

“This now puts the average on-target percentage for mobile campaigns on par with that of desktop campaigns—a factor that could influence considerations of media buyers and sellers planning digital media campaigns,” the report read.

Ad targeting accuracy varied based on the demographic groups that campaigns were aimed at, however. For example, desktop ads performed better than mobile ads when targeting broader age ranges.

Conversely, Nielsen said mobile campaigns were more effective in connecting with narrower audiences. For example, for campaigns aimed at people aged between 18 and 34, 63% of mobile ads reached their intended demographic target, compared with 53% on desktop.

Despite advances in targeting technology, Nielsen said it remains highly unlikely that digital ad campaigns could ever achieve a 100% on-target percentage, because of consumer behaviours such as misrepresenting their age or gender, or sharing digital devices with family and friends.

Mobile Ad Targeting Is Improving, According to Nielsen added by Newsroom on November 23, 2016
View all posts by Newsroom →