By Newsroom on March 15, 2018Comments Off on Lyft is building a self-driving platform with auto supplier Magna 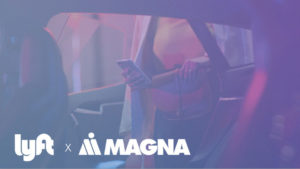 Lyft is partnering with Magna, one of the largest tier-one automotive industry suppliers in the world, on autonomous vehicle technology. Lyft CEO and co-founder Logan Green explained that this will help them get their self-driving tech into various automaker vehicles around the world. Lyft will be working directly with Magna on “co-developing” an autonomous driving system, with collaborative teams from both companies working on the project.

Magna is also investing $200 million in Lyft in exchange for an equity stake. The goal is to build not only autonomy into production vehicles, but also to put direct access to Lyft’s hailing platform into future autonomous vehicles using the platform. Lyft will lead the development effort of the autonomous driving platform from the Level 5 autonomous driving engineering center in Palo Alto, and Magna will take point on manufacturing, working on site at Lyft’s facility in collaboration with the ride-hailing company’s own engineers. 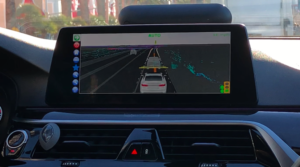 explained that the company’s goal has been to “improve how transportation works” from the very beginning, citing a childhood growing up in traffic, trying to figure out how to avoid traffic, as a motivating factor. He also noted that it’s “wildly expensive” for individuals to own and operate their vehicles.

All ridesharing makes up just 0.5 percent of all miles traveled, and Lyft’s goal is to move that to more than 80 percent, Green said. He cited examples like Netflix as showing what he wants to achieve in the transportation industry, in terms of moving from ownership to subscriptions.

In terms of helping Lyft to scale its vision, teaming up with Magna could be a big help: The supplier knows the ins and outs of putting certified, mass-produced key components and systems into vehicles that make their way to public roads and consumers from the world’s leading automakers.

and Magna are not sharing any info with regards to a timeline for when we might see the results of this partnership put into practice, in testing or in production, but Magna noted in a press release detailing the news that it should be “market-ready over the next few years” if all goes to plan. Initially, according to Green, the collaboration will aim to deploy SAE Level 4 autonomous driving tech first, but ultimately the aim is to produce the best Level 5 system available. The product of the collaboration will be “joint intellectual property,” per Lyft Chief Strategy Officer Raj Kapoor, who also explained that both companies will leverage data resulting from testing and use of the AV platform.

As for Lyft’s own efforts with developing autonomous vehicle systems thus far, the company said during a press event about the news that it’s already testing vehicles at the GoMentum autonomous vehicles proving ground in California, just five months after making its autonomous engineering efforts official.

Lyft is building a self-driving platform with auto supplier Magna added by Newsroom on March 15, 2018
View all posts by Newsroom →