By Newsroom on March 9, 2018Comments Off on Lyft will test its self-driving cars at a former military base 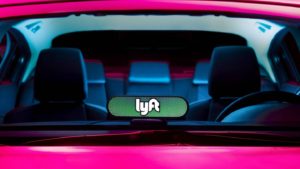 has announced that it will soon begin testing its autonomous vehicles at GoMentum Station, a 5,000-acre proving ground in Concord, California. The vehicles it plans to test are being designed and developed by Lyft’s own in-house engineering team. It’s a major shift for the ride-hailing company that has typically relied on partners with more advanced technology.

Lyft didn’t provide an update on the progress of its self-driving cars, aside from two photos that tell us little about the type of technology the company is relying on to power its vehicles. Even though it’s the second largest ride-hail provider in the US, it still lags significantly behind its rival Uber, which has deployed self-driving vehicles on public roads in multiple cities. 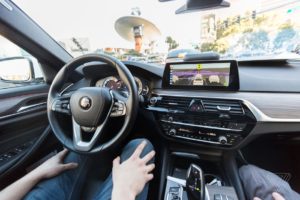 a while, it seemed as if Lyft was satisfied with its position as the go-to ride-hailing network for other companies’ self-driving cars. The company had partnerships with almost all the leading manufacturers, including Waymo, GM, Jaguar-Land Rover, Ford, NuTonomy, Aptiv, and Drive.ai. But last July, the company announced it would invest in building its own “full stack” of hardware and software for self-driving cars.

It opened a brand-new 50,000-square-foot engineering facility in Palo Alto to house its new engineering team led by former Google Maps wiz Luc Vincent. And while its autonomous cars are still in their infancy, the tests at GoMentum Station are a signal that Lyft is ready to move to the next level.

“At Lyft, we believe in a future where self-driving cars make transportation safer and more accessible to everyone,” said Vincent, VP of engineering at Lyft, in a statement. “By partnering with GoMentum Station, we’re able to test our self-driving systems in a secure facility and advance our technology in an efficient way.” 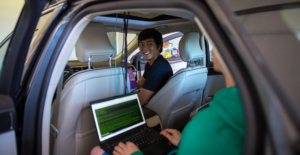 GoMentum Station is one of 10 officially designated autonomous vehicle proving grounds identified by the US Department of Transportation in 2017 as a way to help set the direction of policy-making and testing procedures going forward. Both Honda and Toyota are currently testing self-driving vehicles there. It has about 20 miles of paved roads and a cluster of barracks and buildings that provide an urban environment. It is also a secure location where companies can test cars away from the prying eyes of their competitors.

Other companies rely on their own test sites as well. Waymo has its own proving ground at Castle in Central California, while Uber tests its vehicles at a private location in Pittsburgh.

Lyft will test its self-driving cars at a former military base added by Newsroom on March 9, 2018
View all posts by Newsroom →