InMobi: Mobile advertising accounted for more than half of digital ad spends in 2016 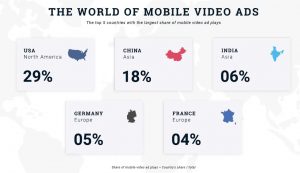 According to a report by InMobi, mobile video advertising is taking off as there was a 200% growth in video ad consumption.

As a result, in 2016, there has been a 150% growth in mobile video ad spends. It is the fastest growing mobile ad format today. In 2017 alone, marketers allocated 24% of their digital ad spends to mobile video ads. 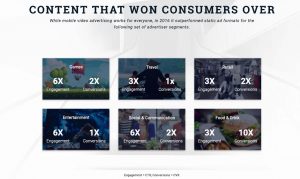 The US and China lead the way in terms of mobile video ads with 29% and 18% market share, respectively.

Nearly 50% of all app marketers have adopted app retargeting as a means of engaging users in 2016. However, only 25% of iOS and Android users were retained within 24 hours of app installation.

InMobi: Mobile advertising accounted for more than half of digital ad spends in 2016 added by Newsroom on January 12, 2017
View all posts by Newsroom →