In-app mobile advertising poised for growth, according to Fyber and Sapio Research

By Newsroom on October 12, 2018Comments Off on In-app mobile advertising poised for growth, according to Fyber and Sapio Research 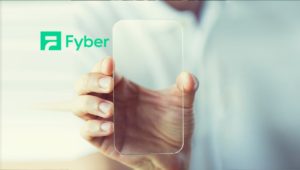 Fyber, a big ad monetisation company, said a survey it commissioned shows that 77 percent of brands report that they have asked their media agencies to invest in in-app advertising inventory.

Traditionally, in-app purchases in free-to-play games and apps have dominated revenues in mobile. But advertising is coming on strong.

The study by Sapio Research was aimed at discerning attitudes among media agencies and brands regarding their plans for mobile ad campaigns. Overall, media agencies and buyers consider mobile to be the most effective channel to reach and engage users, with mobile in-app inventory delivering the best results across multiple metrics, including ROI.

Media buyers in agencies say they invest in in-app advertising because it’s more reliable than mobile web browser advertising, with nearly a third of respondents citing better user engagement as the channel’s key benefit. Among brands, better targeting capabilities are the top benefit of in-app inventory, which, they report, exceeds that of mobile web, over-the-top video, and desktop.

Both media agencies and brands say that in-app ads can improve campaign return on investment by an average of 41 percent.

“Mobile devices are the consumer’s primary means of access to the Internet, and close to 90 percent of time on mobile devices is spent in apps, so it’s no surprise that the mobile in-app inventory is of growing interest to media buyers and brands,” said Yoni Argaman, senior vice president of marketing and corporate strategy at Fyber, in a statement.

“It’s gratifying that agencies and brands are reporting better targeting capabilities, an issue that has long stymied ad spend in the channel. And with higher ROI and engagement levels, media buyers now regard in-app inventory as a key conduit to their target audience.”

Gaming apps are clearly viewed as solid investments, with 60 percent of all respondents citing scale and reach, and 59 percent citing high user engagement as reasons for investing in it. Seventy-eight percent of respondents said they’ve already placed ads in gaming apps, but that number will grow in the coming year.

Ninety-one percent of media agencies and 87 percent of brands say they plan to advertise in games. Playable, video, and opt-in ads are viewed as the most effective in-app ad formats.

The strong performance of in-app ad inventory will capture a greater share of the overall ad spend. According to survey respondents, in-app inventory will account for 43 percent of overall digital advertising budgets within the next five years, up from 34 percent currently. Sixty-eight percent of brands use in-app ads to build brand awareness, while 52 percent have used such ads to generate sales.

Despite the higher engagement rate and ROI in-app offers buyers, the mobile web still gets a bigger share of U.S. buyers’ budgets. This is likely to change, however, as 82 percent of U.S.-based brands say they’ve asked their agencies to start buying in-app inventory specifically vs. mobile in general.

In-app mobile advertising poised for growth, according to Fyber and Sapio Research added by Newsroom on October 12, 2018
View all posts by Newsroom →