By Newsroom on August 29, 2018Comments Off on Ikea uses programmatic to drive footfall by changing Indonesia’s perception of traffic 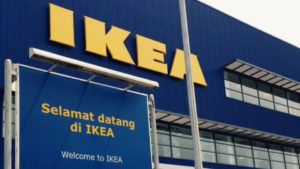 Ikea Indonesia took a classic problem for Jakartans – traffic – and used data to prove that they could travel, eventually driving greater footfall at its stores.

As with a lot of Ikea stores around the world, it is placed in an area that could be considered hard to get to. While in many other countries this easy to handle, a secondary perception that traffic is bad in Jakarta added to the problem.

Yunnita Avreda, managing director, Xaxis Indonesia, said: “The insights for this campaign came from recognising the people of Jakarta’s perception that our client’s (IKEA) physical store location was far away and unreachable due to traffic. This perception had previously made them hesitant to visit the store, even though the location is actually very accessible and doesn’t take long to reach, thanks to direct access via a toll road. Xaxis needed to change this perception and remind Ikea’s target audiences that they can make it to the store in less than an hour from downtown, or in some cases as fast as 15 minutes.”

Eliza Fazia, country marketing manager, Ikea Indonesia, said: “Our main challenge is that our sole location in Indonesia suffered from perceptions of inaccessibility. We needed to shift this mindset to bring awareness of how accessible the location actually is and drive more foot traffic to the store. It was also important to base our Geo/Time strategy on careful research of traffic conditions in Jakarta different times of day. If the campaign had sent consumers to the store during a bad time of day when traffic was heavy, it would have backfired and reinforced those negative perceptions.”

According to the case study by Xaxis, the ads drove a 300% uplift in footfall for people who saw the ad, so those that saw the ad were three times more likely to visit the store, versus those that hadn’t.

Fazia, added: “Our aim for this campaign was to increase footfall for our sole Ikea store in Indonesia. Because of Xaxis’ campaign, we saw uplift of around 300% between people who had and had not seen campaign ads, meaning people who saw the ads were three times more likely to visit the store throughout the campaign period. Xaxis’s campaign clocked 75,300 clicks, driving home the message of IKEA’s accessibility and convenience to 4.6 million people (31% higher than the initial target). For all of these reasons, we consider this campaign a resounding success.”

It worked by using data such as geo and time, to target people programmatically based on distance to store, time to get to the store based on a consumer’s current location with real-time traffic, and their interests. By understanding patterns and changes in the traffic, Xaxis could use ads to change the perception of the distance and convenience.

Avreda, said: “In order to shift the target audience’s perception about the store location, we wanted to remind the audience about the accessibility of Ikea’s store through effective use of a creative banner. This is why we married a dynamic creative banner with technology that can target very specific audiences using GEO targeting, which is a combination of geo and time-based targeting. With time-based targeting, we created several creatives targeting various groups to reveal the estimated time it would take for them to reach the store. We would then utilise geo-targeting to deliver the banner with the right message to the audience whose current location matched the banner message (estimated time to get to Ikea). We believe that our strategy of showcasing travel time information, rather than emphasising physical distance from the store, was the right tactic for this campaign, given that the traffic in Jakarta can be very unpredictable.”

For Xaxis, the strength in the campaign wasn’t purely the technology used but the human elements and the simple nature of the idea.

“From this campaign, we learnt that innovation can come from a very simple idea, if you can find the right way to implement it. Limitations in technology should not be an obstacle when developing a campaign idea and strategy. Above all, we need to focus on the target audience, and how best to inspire them to engage with brands,” added Avreda.

Likewise, Ikea said it was a lesson in how data can be used to influence behaviour, which means it’ll continue to look at programmatic as a tool for campaigns. “For us, this was a testament to how data and insights can be wielded to directly influence audiences, leading to measurable outcomes that positively impact our business. Programmatic targeting will continue to be a major focus area for us, thanks to its ability to achieve tangible results,” said Fazia.

Ikea uses programmatic to drive footfall by changing Indonesia’s perception of traffic added by Newsroom on August 29, 2018
View all posts by Newsroom →