By Newsroom on March 16, 2018Comments Off on Google opens up Maps API so game developers can create the next Pokémon Go

Google has announced that it is opening Maps by providing new APIs for game developers.

These new APIs will allow developers to use the latest, rich location and mapping data with real-time updates for any new changes to the map. According to the announcement post on Google Maps APIs Blog, the company announced a new SDK for Unity, a popular game engine that most game developers use to develop games. 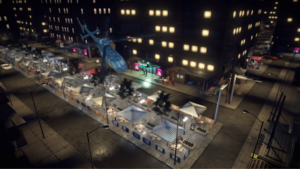 product manager for Google Maps APIs clarified that with the help of the new Unity SDK, game developers do not need to have any expertise related to maps as the SDK will do all the work required.

What is interesting is the fact that Unity also allows game developers to turn buildings and roads into objects and then tweak them in Unity to look like a village from a fantasy game along with the added dragons or a modern city with Sci-Fi elements.

Alexandre Thabet, CEO for Ludia added, “With Google Maps data integrated into Unity, we were able to focus our time and energy on building detailed virtual experiences for our users to find virtual dinosaurs in the real world.”. 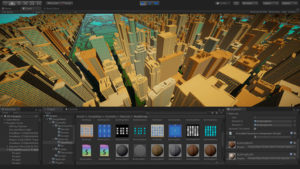 Huuhtanen, CEO for Next Games went on to add, “When new buildings or roads are built, we’ll have access to them in our game. Google Maps’ unrivalled location data, covering world-famous landmarks, businesses and buildings, like the Statue of Liberty, Eiffel Tower, London Eye, Burj Khalifa, and India Gate, makes exploring your surroundings a breathtaking experience.”

Google confirmed that it has already collaborated with three game developers to bring ‘Jurassic World Alive’, ‘The Walking Dead: Our World’, and ‘Ghostbusters World’. The API also allows developers to create points of interest in the game according to the data from maps.

For context, Niantic Labs created Pokemon Go and it already had a lot of data from its previous offering Ingress. This ensured that the company had sufficient data to create that new experience.

Google opens up Maps API so game developers can create the next Pokémon Go added by Newsroom on March 16, 2018
View all posts by Newsroom →