By Newsroom on June 29, 2017Comments Off on Google experimenting with VR ad formats on mobile devices at Area 120

The unit showed a prototype of the still-nameless product in a blog post co-authored by Google product manager Aayush Upadhyay and associate project manager Neel Rao. 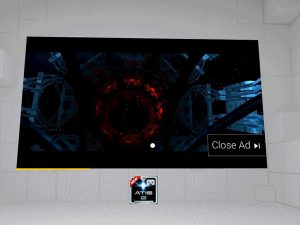 The demonstration video showed a cube floating inside a VR app that can be clicked to activate a digital ad.

Google and rival Facebook are racing to develop such ads, expecting developers to create a flood of apps that use the technology.

“Our work focuses on a few key principles — VR ad formats should be easy for developers to implement… and useful and non-intrusive for users,” the research pair said in the post.

Area 120 has released an early stage software developer kit for use in building VR apps, the post said.

Google experimenting with VR ad formats on mobile devices at Area 120 added by Newsroom on June 29, 2017
View all posts by Newsroom →