By Newsroom on February 13, 2017Comments Off on Fluent: Nearly 70 Per Cent of Snapchatters Skip Ads 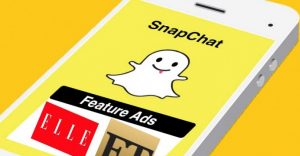 Snapchat’s advertising model does not seem to be working too well – as recent research has shown that 69 per cent of people skip ads on Snapchat.

According to a survey of 3,327 American adults by people-based marketing platform Fluent, this number increases to nearly 80 per cent amongst 18-24 year olds – the age group that makes up the largest proportion of Snapchat users.

In addition, only 39 per cent of all those surveyed follow news accounts – while 42 per cent follow sports accounts and 43 per cent entertainment and pop culture accounts. This goes to provide some insight as to why Snapchat may be struggling on the ad viewing front, especially when 51 per cent of people follow internet celebrities on the platform. People don’t want brands on Snapchat, they want individuals.

Elsewhere, the survey found that 48 per cent of respondents think Snapchat is just a fad but 66 per cent think they will still be using Snapchat five years from now – a number falling to 52 per cent 10 years from now. Though, 62 per cent of these people also said they think an alternative to Snapchat will come out that they will switch to.

Fluent: Nearly 70 Per Cent of Snapchatters Skip Ads added by Newsroom on February 13, 2017
View all posts by Newsroom →