Facebook used less for news as youngsters turn to WhatsApp, according to Reuters Institute

By Newsroom on June 14, 2018Comments Off on Facebook used less for news as youngsters turn to WhatsApp, according to Reuters Institute 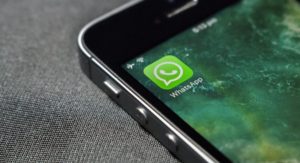 Facebook usage has fallen in the US from 2017, with the number of people using the platform for news falling by nine percentage points across the nation and decreasing by a massive 20 points for younger users.

According to research from Reuters Institute, conducted by YouGov, despite the falling numbers, many do still discover news on Facebook and Twitter – but often they discuss this news on messaging apps like WhatsApp instead, as they feel less vulnerable discussing events on these platforms.

Surprisingly, most of the research into Facebook’s usage for news was conducted prior to the company’s decision to make changes to the filters on its News Feed.

Elsewhere, the report found that WhatsApp is more popular than Twitter in terms of importance for news in many countries. And WhatsApp and Instagram were found to have taken off as the platforms for news in Latin America and Asia, while Snapchat has been making the most progress in Europe and the US.

Other findings in the research suggest that fewer than half of people trust media most of time, with the figure just 34 per cent in the US. In the US, the most trusted news brands are local television and the Wall Street Journal, while in the UK it is BBC News and ITV News. As expected, the left in the US favours CNN, while the right favours Fox News and Breitbart.

Facebook used less for news as youngsters turn to WhatsApp, according to Reuters Institute added by Newsroom on June 14, 2018
View all posts by Newsroom →