By Newsroom on August 16, 2017Comments Off on Facebook Messenger’s Personal Assistant M Available for UK Users 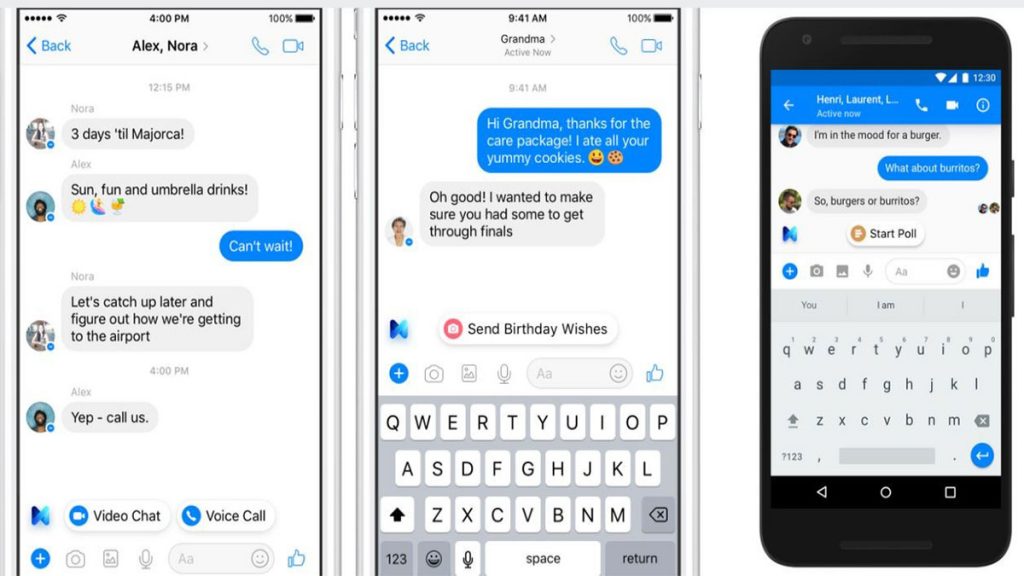 Facebook is upping the usefulness of its Messenger chat service by integrating its personal assistant M for users in the UK.

The feature is expanding beyond the USA, touching down with UK users to aid them with its artificial intelligence-driven suggestions, dropping into conversations to suggest stickers, polls, birthday celebrations, group gatherings and location sharing.

Furthermore, it can suggest launching calls, based on contextual text sent in the chat window, all to take some of the friction out of the app and better inform users the many perks they can utilize in-app.

Facebook assures that the assistant is fully automated and will integrate with conversations at useful times, although users are capable of muting and digital assistance if they desire.

In a statement, Facebook said: “M has been delighting people with suggestions, enriching the way people communicate and get things done – think of Suggestions from M as a new layer to conversations, enriching social interactions on Messenger.”

The service first launched in the US in April 2017. Since then the company has been focused on refining its assistant to ease conversations on the app.